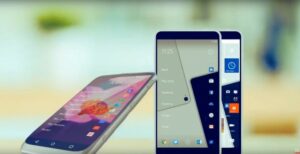 The latest input of smart phones to the market has seen a price rise that would make even the most devote fans of each fans shed a tear. It has taken smart phones to a new price level that puts them into a whole new purchase bracket. Now sitting in an area that is normally reduced to items you spend time saving up for, such as your first car, and have taken them far out of the reach of their main target audiences – teenagers.

In recent years increased competition in the market along with the rapid development of new technologies had led to a trend of decreasing prices for smartphones as individual brands looked to ensure they didn’t lose their section of the market to these quick rising new comers. It was an approach that had seen Apple maintain its dominance in the UK market and stave off competition from Asian market giant Samsung and the only phone retailer to have risen-up to a similar technical status as these giants and maintained its position here, OnePlus.

This decline in pricing has seen a sharp change which is leaving consumers more than a little out of pocket. In line with rising prices of costs and services it is to be expected that consumer price of handsets are set to rise. However, it is the rate at which these have increased that should be cause for concern. While there is information to show that the price of components essential to the creation of these phones has increased in price it isn’t at the rate that we are seeing transferred to retail outlets. What makes it perhaps even more worrying is the fact that Samsung is the only company to create its own components and therefore not be affected by the same price rises as other companies. This hasn’t stopped them increasing their prices in-line with Apple though as they seem to believe that they need to match prices to be seen at the same level.

The newest addition to the flagship market from Apple, along with a ridiculous name, will set you back £1,400 (at its cheapest). When comparing this to the previous price of its flagship in 2014, the iPhone 6 Plus (the one that bent in your pocket!) was £789. How they can justify a price rise of this style is simply ridiculous. Even more so when you consider that their ‘great new invention’ of wireless charging has been in android phones for so long it is now almost standard. But lets not get started on the technical deficiencies and marketing nonsense of Apple, a great example of how influential marketing is.

At an increase of 80% for the handset, it seems these tactics are rubbing off on competitors in the market as even One Plus, has increased their prices by 65%, from £320 to £530. At a third of the price of the new iPhone but with comprehensive reviews across the industry as better, potentially as the best phone available at the moment, the OnePlus 6 is championing great products without a hefty price tag. Unfortunately, the price hike is still at large in android as Samsung’s latest Galaxy Note 9 will set you back £1099, before even considering a price plan for you to actually be able to make use of these great new features.

The increases in price that have been seen across the manufacturing industry has inevitably pushed retailers and providers to push their prices to keep margins healthy. In fact, these margins are so healthy that they have increased! A monthly contract on the new iPhone is £103 per month, paying £200 upfront, an increase of 115% on the equivalent iPhone 7 contract when it was released. The same has happened with Samsung where the best you can do is £65 per month, much better than the iPhone but still 71% more than the equivalent contract in 2014. When considering selecting a new phone contract, stay on top of all the offers available by using all the options available to you, such as a mobile price comparison tool.

With information from citizens advice showing that over £300m was overspent by the UK on phone contracts with the average person paying £22p/m, it really does pay to do your research on what is available. Even if you aren’t clued up on all the technical aspects, plenty of free and impartial review services are available that will have you being an expert on the subject in a matter of minutes.

Virtual Reality: How Tech Is Changing the Way You Buy and Sell a Home