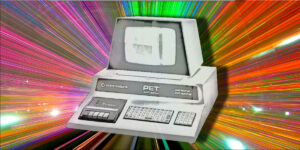 Technology has advanced at some of the quickest ever rates in the past 50 or so years, from the days of colour TV just emerging to the present time where you can stream 3D video through a device in the palm of your hand. One of the main focuses recently has been speed, with a big emphasis on technology getting faster and faster. But does it really need to speed up any more or have we just taken it for granted?

Fast technology has improved communication in many areas by leaps and bounds. First it was email that revolutionised business relationships, allowing companies to expand their offerings overseas to get cheap and quick responses from colleagues and clients abroad. Then instant messaging services, which began to incorporate video such as Skype, improved this even more. This type of technology relies of fast internet speeds for its streaming services, so that nowadays you can video call someone on the other side of the world easily.

For purposes such as trading and investing, faster technology has been a huge benefit and changed the industry. Where in the past you had to liaise with a forex broker if you wanted to make currency exchanges, now they can be made in seconds online. Trading platforms such as the mt4 rely on faster speeds to keep up with the competition and allow users to make trades at the click of a button, reacting accurately to live prices.

Another area where increasing technology speeds are required as a competitive factor for businesses is the technology sector. TV companies are always advertising faster speeds, as are internet providers for all manner of streaming and downloading activities. Online gaming is another drive for faster technology, with the development of smartphones helping this. Over the last five years mobile gaming has grown by 22%, with apps and games increasing in speed helping accentuate this boom.

There are fears that in some instances technology is moving too fast. People are growing more used to such fast speeds, growing angry when things do not work as quickly as expected. Some technologies have arguably reached their top speeds, or will struggle to get much faster in the next decade. In many cases this will be fine though, as there is little need for faster speeds in certain cases.

While faster speeds are a great advantage for many areas of technology, we are now at a point where many are reaching their peak and it may be time to start becoming more patient.

How to Better Look After Your Teeth

What An Inventory Management Software Can Do For a Small Business