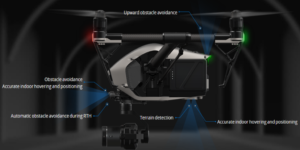 Roomba Models Comparison: Which Robot Vacuum Cleaner is The Best?

5 Adventurous Ways To A Blast In The Sahara Desert