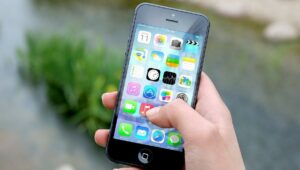 Apple created the smartphone revolution with the launch of the iPhone back in 2007. It was the first of its kind and led to a cult-following that remains strong a decade later. Owning an Apple iPhone is similar to driving a luxury car or wearing a fancy watch.

Most people consider the iPhone to be the cream of the crop, in terms of smartphones. Yet, Apple has had its dips in design and features with other brands producing stiff competition. Some people won’t own anything but an iPhone, but they do it the budget-friendly way by using sites such as Gadget Salvation which buys used iPhones and sells refurbished iPhones.

Sites like these make it more cost-effective to own an iPhone, as they can be quite expensive. You can sell your used iPhone and buy a newer, refurbished version quickly. Before you do, read more about the latest iPhone coming up.

In December of 2017, Apple faced a slew of criticisms when it was discovered the company throttled the performance of older iPhone models to keep the batteries working. For models 6, 6S, SE and 7, iOS would throttle peak performance as their batteries start aging.

On top of that, Apple offered a tepid response to the accusations. It turns out, they were true. In response, Apple reduced its fees for battery replacement to $29. Once a new battery is added, performance returns to normal.

In addition, Apple is looking into whether they might offer rebates to customers who had already purchased new batteries before the controversy was revealed. Now, Apple needs to get its momentum back with new phones.

Apple is learning quite quickly. With iOS 11.3 Beta 2, you’ll find a new Battery Health feature located in the Battery section of the Settings portal. Here, you can see whether your battery is operating at peak capacity.

So, you will now have a better idea why your iPhone is running more slowly. Instead, you’ll know exactly when your battery needs to be replaced. Apple had this to say about the feature:

Additionally, users can see if the performance management feature that dynamically manages maximum performance to prevent unexpected shutdowns is on and can choose to turn it off. This feature is enabled only after an unexpected shutdown first occurs on a device with a battery that has diminished ability to deliver maximum instantaneous power. This feature applies to iPhone 6, iPhone 6 Plus, iPhone 6s, iPhone 6s Plus, iPhone SE, iPhone 7, and iPhone 7 Plus.

Take your health records with you

Another way Apple may salvage its reputation is through the addition of a Health app. It’s the first of its kind based on the fact that it will be available to patients of these medical providers:

If you’re already an iPhone user, it won’t cost anything. Furthermore, you can take data on lab results, medications, immunizations and more with you–right on your iPhone. Essentially, you’re getting some control over your medical history.

Instead of waiting for your doctor’s office to search their records, you have everything right at your fingertips. It also makes it easier if you have to move or change medical providers.

Not to mention, it can save time taking tests–some doctors repeat the same tests because they have loopholes in records or they forgot what the test results were. With your health records in tow, you can also prevent lung cancer risk factors. This seems to be a winning proposition for Apple.

Rumors abound about the latest iPhone

There are rumors that Apple will produce a 5.1-inch iPhone for $700 in 2018. This is a much better price point for most consumers and Apple fans. The price point is achievable because Apple will use an LED screen instead of an OLED display.

Plus, it will be cased in metal, will have a single-lens camera and won’t come with the 3D Touch feature. Although, this less expensive version will have Face ID. Perhaps this will be the sweet spot to drive many consumers back to Apple once again.

What do you think of Apple’s possible new features and new phone? Let us know in the comments section below!