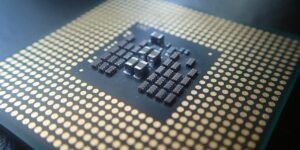 I’ve seen people line up to see movies, to buy Smartphones, and once to buy Windows 95 but I’ve never actually seen people line up for a new processor or GPU.  Advance orders certainly, but actually lining up at stores that typically is relegated to specific products or major sales events like Black Friday. But this week people actually lined up around the world to buy AMD’s latest processor and yes it was kind of tied to a Black Friday like deal but this predated Prime Day by a week.

I think this showcases that there really is a changing of the guard with AMD taking fare more of a leadership role in the market and, timed with the ramp of professional eSports, the result has been a level of excitement we really haven’t seen in this space for a while.

Let’s talk about what this means this week.

There are several things that came together into a perfect storm to make this happen.  First, there has been a major shift in importance from CPUs to GPUs, but that shift isn’t complete.  This gave AMD a unique advantage since they have both advanced CPU and GPU technology. Second, Intel, the segment leader, made a major executive change to a CEO that wanted to pivot the company to Smartphones and couldn’t execute to save his life but he dramatically weakened the firm’s influence, destroyed its marketing capability, and alienated both the PC OEMs and Microsoft.  Third, that degradation of the Microsoft relationship allowed AMD to become a far stronger Microsoft partner and Microsoft to become an advocate for AMD’s solutions something that was showcased at AMD’s launch event. Forth, what looked like a Tablet revolution lead by Apple fizzled after the death of Steve Jobs and massive apparent cost-cutting by Tim Cook. Fifth, relatively inspired executive changes at AMD placing leading ex-IBM executives in charge and those executives, and the teams their hired, all under Lisa Su executed brilliantly.  Sixth, AMD was able to capture both the Sony PlayStation and Microsoft Xbox gaming platforms at a time when there was a huge effort to create cross-platform high-end gaming properties putting them in lead for this critical effort and making them the lead candidate to be the technology behind Sony, Microsoft, and Google’s cloud gaming efforts.

Individually each of these foundational elements is very powerful, but together they created a perfect storm allowing them to take the gaming high ground and deliver a platform people would line up to buy.  It is really pretty fascinating.

Experience With The Product

I do notice that the GPU fan is kind of loud, so I’m tempted to run down a water block for it.  I do think one thing both AMD and NVIDIA could do for each other and the market for their respective graphics cards is provide a common and far easier way to hook a water block up short of basically having to rebuild the card to fit one.  We have an easy path for CPUs, now we need one for GPUS because most of us really like PCs to be seen and not heard.

The only issue has been an inability for the Microsoft Mixed Reality Portal to identify the graphics card, but after a few moments, it still ran fine and, I expect, the next patch will correct this.

Wrapping Up:  A Bit Of History

We often don’t get to see history made, well good history (this has been kind of a historic decade in a whole lot of ways, much having little to do with technology) anyway.  We saw history made this week when AMD overshadowed Intel for the first time in decades and became the new heart of high-performance PC gaming creating a value that many lined up to get a piece of.  You don’t see events like this often, I’m honored to be a bit of a part of this.

This week we saw a taste of what the PC market used to be like, I think it possibly a taste of the future a future where PCs and AMD both play a much stronger role.  It’s a glorious time to be alive.