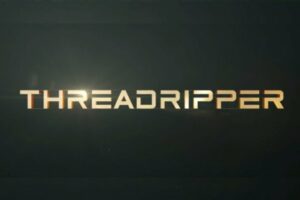 One of the big reasons PCs went into decline was that everyone decided they were cash cows, the lessons taught in the early days of the PC were forgotten as were that was a bad idea to chase someone else’s concept (read a PC tablet remains a bad idea as a primary strategy). But that was then and this is now and suddenly AMD of all companies is stepping up to put the Power back in PC again. Today they launched their RYZEN ThreadRipper 16 Core 32 Thread alternative to the rumored Intel Core i9, Intel’s seemingly more modest 12 core alternative.

Let’s talk about the power of a name this week.

What The Tech Market Generally Gets Wrong

Well everyone but Steve Jobs until now that is. What much of the tech their idea of a product name is a some kind of letter code designator which defines the product. Go shopping for a PC and chances are once you get below the parent brand you get something like the 1C74XY Version 2 or something else you couldn’t hope to remember or get excited about.

Processors at least used to be pretty easy. When the PC industry was growing rapidly one of the big drivers was Intel’s Pentium and Intel also iterated it so that people attributed status to having a new one. A Pentium 2 was better than a Pentium, Pentium 3 better than a 2, and so on but the numbers meant age not performance. Intel shifted to Core and folks largely couldn’t tell the difference between a Core i7 made years ago and a Core i7 made today which almost singlehanded destroyed one of the key drivers for PC churn.

Now the Car companies don’t always get this right either but if you are into cars you sure know about the Hellcat and new Demon. These are cars to lust for and Dodge, which was so your grandmother’s car company until sometime last decade, suddenly is trendy and interesting because they cars with kick ass names that, well, kick ass!

What Dodge got was that with a powerful name and product they could create a halo over the entire Dodge line and it has been so successful they are going to do the same thing to some of their SUVs. In other words, if a Jeep pulls up next to your Corvette and wants to race next year while you are trying to impress your girlfriend you might want to check the badging or the outcome is going to be really embarrassing.

What the tech industry often gets wrong is that names make it easy to describe products, (remember when Apple used code names for their operating systems like Tiger and Panther?). If done right, with marketing, they can create excitement and demand (I once bought a Capri Black Cat Edition because it made me feel like James Bond and I couldn’t afford an Aston Martin.

And if you are a typical buyer you’ve likely followed and been attracted to brands that were compelling because they created excitement and you believed or hoped that excitement would become part of your life. Viper, Corvette, Mustang, Raptor, Cobra, Thunderbird, Charger, Challenger, Javelin, Jaguar, and Vixen are all examples of names that convey performance and can be endowed with status with the right marketing.

This is something some of the car makers don’t seem to get. R8, i8, S7 and even TT require a lot of heavy lifting to just get to where must US car companies and some English car companies got just by picking the right name.

England got this early; on for instance King Arthur’s Sword wasn’t called “Magical Sword”, or “Sword” it was called Excalibur. Which may explain why the current movie is doing so poorly, and the movie Excalibur did so much better. There is a lot of power in a name.

By the way one of the names that didn’t work well for either PCs or cars was “Black Editions”, this is because this was used mostly by European car companies and they even put the designation on a 4 door Smart Car which really ruined the performance vibe.

Wrapping Up: ThreadRipper vs. i9

So, this is why powerful names are important, they make it easy to talk about a product, they convey certain emotions both automatically and connected to an advertising campaign and they do a better job conveying lust. Intel once had what was arguably the most powerful brand in this segment, Pentium, which even had its own team of superheroes (The Bunny Men) but they tossed it under the bus leaving open an opportunity for someone else.

After a ton of time that someone else is apparently AMD with their RYZEN ThreadRipper. Honestly, in that new high end build you know you want to do would you rather tell people it is an i9 or a ThreadRipper? That’s the power of branding done right and with ThreadRipper AMD stepped up. (Oh, their new Vega Graphics card looks pretty cool to! And it looks like the performance of this card will wake some folks up as well!)

Hell, they even came up with an Epic, er, EPYC brand for their enterprise product. AMD is apparently on a roll…

Damn, now I can hardly wait to build my first ThreadRipper rig…

5 Must Visit Places in Tanzania