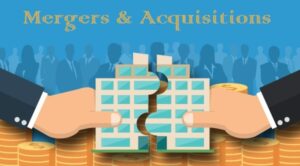 This week we were briefed on the status of the AMD merger with Xilinx, and it was an impressive report. I ran a merger clean-up team for a time and have covered mergers and acquisitions for over 30 years.  Most mergers fail to meet expectations, and, in almost all cases, the buying company overpays as a result. But the problem isn’t that the property is overvalued so much as it’s a merger process that focuses on integration and under focuses on preserving and enhancing the acquired assets.

So, it’s worth noting that, in several important ways, the merger between AMD and Xilinx duplicates the Dell EMC merger only on a smaller scale. Both reflect what is currently the best of the best in terms of merger practices.

Let’s talk mergers this week and we’ll specifically look at the success of the AMD/Xilinx merger as an example of how to do mergers well.

Why most mergers fail

Mergers generally fail for three reasons. First, the company and its consultants don’t have a strong merger process. Second, the merger process focuses on the wrong things, and third, the due diligence that supported the merger was done not to determine the viability of the merger but to drive support for it.

Wrong focus: Almost all the mergers I’ve reviewed seem to want to focus on making the acquired company’s policies conform to the acquiring company’s policies. This can do ugly things to salary ranges, planned employee reward programs (President’s club, sabbaticals, etc.) and commission plans. Mucking with compensation should be done very carefully and analytically because, as Maslow pointed out, compensation can have a huge adverse impact on productivity and employee loyalty.  The initial focus must be on the identification and preservation of identified assets, and any changes should be focused on clear synergies where the acquired or acquiring company’s capabilities can be used to enhance the other firm.  If you focus on preservation and performance enhancements first, you are far more likely to see improvements in overall performance than if you focus on anything else, like consistency between firms.

Due diligence: Companies get so excited about buying another firm, that often due diligence is more decision support than assuring that the acquisition makes sense. Elon Musk’s attempt to buy Twitter was only the most recent mistake in this regard as that acquisition made no sense and clearly would, and did, adversely impact Tesla sales with no offsetting upside. Ironically, the eventual due diligence that was later done seemed focused on killing the deal rather than assessing it and appears equally biased and problematic. You want to discover that a merger doesn’t make sense before you announce a program to acquire the firm. Otherwise, as Steve Ballmer found out with Yahoo while he was running Microsoft, even when you walk away from the merger, your company will be devalued.

What was clear with the Xilinx merger was that the CEOs from both companies were in lock step early on and that the due diligence was complete and thorough.  In addition, AMD knew what it needed from Xilinx, knew what AMD programs could benefit Xilinx, and didn’t step in and muck with the company’s operations.

Rather than an invasive merger, Xilinx still operates under its former CEO, Victor Peng, as a relatively independent division of AMD. AMD provides access to its supply chain and manufacturing partners, and Xilinx works to build synergy, along with AMD, between the two firms’ products. Xilinx provides AMD with product breadth in terms of FPGAs, SOCs and networking technologies.  In addition, Xilinx provides AMD with a hedge against X86 declines with a heavy ARM capability.

Finally, Xilinx provides AMD with traction in the hyper-scale computer market and a far stronger on-ramp to the automotive industry. In short, AMD helps Xilinx grow faster and Xilinx makes AMD far more agile and diversifies its product lines, making the firm more resilient to technology changes.  Together, they are stronger than they are apart, which, also ironically, is not at all common with mergers and should instead be an industry success standard.

The Dell/EMC merger set the bar for how to do a merger right by showcasing the benefits of a strong merger process, the right focus on protecting the assets acquired, and doing due diligence to determine if the merger makes sense rather than just supporting a decision already made.  The AMD/Xilinx merger appears to come out of the same approach with similar benefits and a near identical positive outcome, showcasing that a merged company is more valuable than just the sum of the parts.

AMD CEO Lisa Su has again showcased why she is one of the most well-regarded CEOs in any industry, and she has chosen an excellent partner in Xilinx CEO Victor Peng.