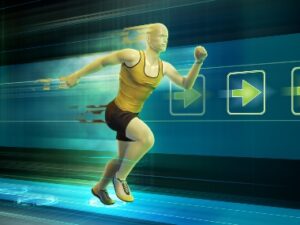 While currently, many of the applications of augmented reality and virtual reality technology are still talked about as possibilities or as past attempts of varying levels of success, a new report recently emerged from MarketsandMarkets suggests that these alternate realities are likely to be big sources of actual reality cash within the next five years, as the market should clear $1 billion annually by 2018.The report in question, titled “Augmented Reality & Virtual Reality Market – By Technology (Mobile & Spatial AR, Semi & Fully Immersive VR); By Sensors & Components (Accelerometer, Data Glove, HMD, ICs); By Applications (Medical, Military, Gaming), By Geography (2013 – 2018),” offers up a huge amount of perspective on the field and the sheer number of applications that this technology is likely to take on in the coming months. Naturally, the centerpiece of the report is the expected growth rate. The report suggests growth at a CAGR of 15.18 percent across the next five years, hitting that key milestone number of $1.06 billion by 2018. Looking at the two main components of the market separately shows that augmented reality is likely to do a little better than the perhaps more specialist tool of virtual reality, with augmented reality expected to pull in $659.98 million by 2018, and virtual reality looking at $407.51 million. Not exactly a huge gulf—around 50 percent higher for augmented reality—but neither market is going to prove a slouch. The market leaders in these segments, meanwhile, will prove to be North America and Europe, followed closely by the APAC region and the ROW area, which are beginning to catch on, but in perhaps a slower fashion than the two market leaders.

Booty mining medical devices market to be worth $9.7 billion by 2016