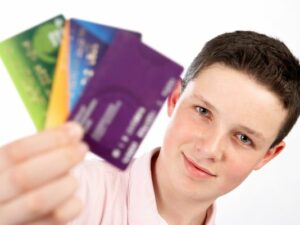 Three weeks ago, Mallorie Sullivan, 21, saw her bank account had been overdrawn by about $70 and couldn’t figure out why. Until she remembered about a free Amazon Prime trial for students she’d signed up for six months earlier. The trial had ended, and Amazon automatically converted the Ohio University senior into a paid subscriber. Others interviewed by USA TODAY describe similar experiences with everything from magazine subscriptions to so-called “free” credit reports to video and music streaming services. And it’s taking a sizable sum out of their wallets. A new study out Thursday shows consumers are individually paying hundreds of dollars in extra charges each year for services they never wanted or meant to sign up for.Collectively, consumers paid $14.3 billion in unwanted charges last year, according to the survey commissioned by BillGuard, an online service and app that tracks and alerts consumers to these kinds of charges and helps users dispute them. It found that one in three American card holders is hit with these “gray charges” at an average of $215 per person per year. The survey analyzed an anonymous sampling of a year’s worth of credit and debit card transactions from nearly 5,000 BillGuard users. Services that offer a free trial and then convert you into a paid subscriber are the most prevalent of unwanted charges, collecting $6.1 billion from consumers last year, the report shows. They make up nearly half of all gray charge transactions.

Elite pilots and aircraft ground staff to get iPads

BMW details and prices i3 EV