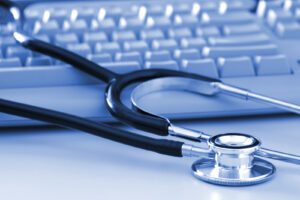 Advancements in medical technologies are giving patients new hope for better quality and more independent lives. From repairing damaged organs to 3D printed bones and self-driving wheelchairs, these six technologies can make a real difference in the lives of many patients.

Engineers at the University of Toronto have developed a stamp-sized tissue patch that may be used to repair damaged organs without the need for surgery.

The patch’s shape-memory capability means that it returns to its original state when exposed to the right temperature. Once the patch is inserted – using just a simple needle – it expands and proceeds to repair and replace damaged tissue.

Made of biodegradable and biocompatible polymer, the patch will eventually dissolve and leave behind new tissue.

The patch was initially developed as an alternative to open heart surgery for heart attack patients. In the future, it may also be used to repair damaged livers and other organs.

2. Cochlear Auditory Implants that Can Help the Deaf Hear

Cochlear, maker of auditory implants, has unveiled its new Nucleus 7 Sound Processor, which is the first implant sound processor developed for the iPhone.

Auditory implant devices are seeing some significant developments, and new advancements are on the way. The upcoming International Symposium on Objective Measures in Auditory Implants in Tel Aviv will explore the developments in implants, genetics and robotics that are helping people hear again – or for the first time.

3D printing technology brings about a whole new level of possibilities in the medical field – including printed bone implants.

Based on actual scans of the patient’s bone structure, these customized implants can help those with severe injury or disease.

Surgeons can make custom tools for the patient’s unique body, and share useful designs with doctors from around the world.

4. A Device that Fixes Damaged Tissue with Just One Press

Researchers at Ohio State University’s Wexner Medical Center have figured out a way to repair tissue with a simple touch.

The device comes in the form of a chip, which is placed on the surface of the skin. Using Tissue Nanotransfection, the device inputs a genetic code into the skin cells which transform the cells into the type of cell needed to treat the injury or condition.

The device is not implanted, and the effects persist after the first treatment.

In just one week, the device can help regenerate blood vessels. After a few weeks, the treatment can help save a leg – or arm.

In the future, diabetics may not even need insulin shots. CRISPR, a gene editing tool, has been used to create skin grafts that actually trigger the release of insulin.

The idea has already been successfully tested in mice, which showed a reversed resistance to insulin.

To create the graft, researchers altered the gene that encodes the GLP-1 (glucagon-like peptide-1), which is what triggers the insulin release and helps the body get rid of excess glucose. In this case, the gene is altered to make its effects last longer than normal.

While human treatments will take some time to develop, researchers say skin tissue is very easy to grow in a lab using human stem cells.

If the treatment is a success, researchers say it may be used to treat other conditions in the future, including hemophilia.

The researchers’ findings were published in Cell Stem Cell.

6. A Self-Driving Wheelchair to Get Where You Need to Go

While carmakers are busy trying to get autonomous cars and trucks on the road, researchers are employing this technology in other ways to help improve mobility: self-driving wheelchairs.

Researchers are working on an autonomous wheelchair that will go wherever you want with the touch of a button. The chair eliminates the need to have someone push you around.

To get to your desired destination, the chair will calculate a path, and then execute that path.

Equipped with sensors, the chair can detect people and other unmapped obstacles, so users get to their destinations safely. It can make its way through narrow spaces and even make 360-degree turns.

While designed for use in hospitals, these self-driving wheelchairs may soon be found in retail shops and airports across the world.