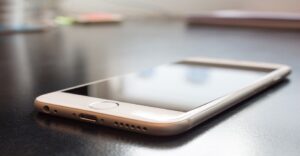 Are you planning to buy an iPhone?

Do you already own an iPhone?

Every iPhone owner walks with pride because of the status that Apple Inc. has created for all it’s users. There are various features which make the iPhone user stand out from the crowd like its design, operating system, camera quality and security options.

Are you facing any problems with your iPhone?

There are many things that might go wrong in an iPhone, such as:

Even though, the screen of an iPhone is made up of Corning’s Gorilla glass which is extremely strong and scratch proof, but still if your luck isn’t with you, it might fall off from your hand and crack up. A damaged screen is not just difficult to use and looks good, but it might also hamper the touch screen. It might even completely stop working.

The touch button is present at the center-bottom of an iPhone. There are various instances where it depresses down completely, which makes it difficult to operate the functions or open the phone. Sometimes, due to physical damage, it might also stop working i.e. it might appear to be okay, but does not read the fingerprints properly or opens the phone. Many a times, people also cover the whole phone with a tempered glass, even the touch button, which restricts its functioning and the button appears to have stopped working.

Aren’t your iPhone speakers already loud enough? Do you still wish to buy an external bluetooth speaker system to further enhance the feel of your favourite songs? Maybe your speakers are not working properly? If your speakers are not sounding soothingly, then you must get it checked at a repair shop. There might be dust on the speaker holes which is responsible for the crackling sounds or it might have been damaged due to any liquid spill on the phone. In rare cases, the speakers stop working properly when the wires get disconnected inside the phone, due to different types of physical damage (falling frequently).

Due to some bugs in the latest operating system updates, the wifi of your iPhone might stop working completely or might stop connecting to far away routers. Far away does not mean out of range; it simply means an appropriate distance in which other phones are getting connected, but not yours. One of the temporary solutions may be to connect the wifi by going near the router and then using it in a limited radius. It might even work to far away areas as far as it is connected by going near the device. It completely depends on the bugs that are affecting your iPhone.

The most common problem among all is when your iPhone is unable to update to the new operating system software. At times, you need to wait until all the reviews are out or once the beta version is perfected because it might slow down your phone, but sometimes, it doesn’t update even when you want it too. Maybe it happens because of a bad internet connection or maybe because of low battery or simply because there is a software error in your iPhone. The former two can be resolved by you, but for the latter one, you need to visit a repair shop to get it fixed.

Many believe that iPhones are bug-free and never slows down, but it isn’t true. As already mentioned above, iPhones also need fixing at times. There are many instances when the problem can be resolved by you, but other times, it requires the touch and knowledge of a professional. Get it checked and fixed.

Stay above the crowd; own a perfectly functioning iPhone!

Tips To Open A Nightclub Business