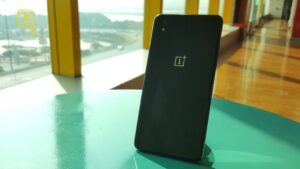 Now that OnePlus 3 is available in most countries, the company has decided against making their ‘not-so-flagship-killer’ phones anymore. This basically means that we’re never going to see OnePlus X 2.0. This was officially confirmed by Pete Lau, CEO OnePlus earlier this week, on the sidelines of the OnePlus 3 launch event in China.

Going forward, OnePlus will make their signature ‘flagship killer’ phones with quality hardware in tow and at half the price of most flagships. The OnePlus X somehow gave us the impression that the company is moving away from its initial product philosophy, and is concentrating on making money through their mid-range devices.

The phone itself didn’t impress us much. The OnePlus X was given a glass body makeover, aimed at consumers who have an eye for design.

But it’s good to see that Lau and Co have finally realised what needs to be done to ensure that OnePlus devices don’t get lost in the sea of smartphones. And hopefully, OnePlus will continue making quality products that reflect their long-standing ideology.

The 2017 Maserati Quattroporte Gets a Stylish Makeover