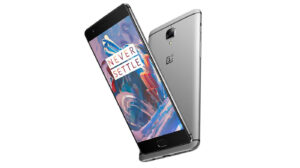 In what seems like a marketing blunder, the price of OnePlus 3 has somehow made its way to a daily newspaper, right before the day of its launch. According to the ad, the OnePlus 3 with 6GB RAM and 64GB storage will be available via Amazon for appriximately $416 (Rs 27,999).

While most of the hardware mentioned in the ad seems legit, we’re finding it hard to believe that the OnePlus 3 will get a bigger 16-megapixel camera on the front, with merely an 8-megapixel shooter at the back. Clearly, this has to be a typo error.

Also, would OnePlus really look to tie up with Idea to bundle the phone with a service provider? It will be interesting to see if any OnePlus or Amazon India spokesperson comes forward and clarifies on what seems to be like a major goof-up for both parties.

However, if the OnePlus 3 pricing might turn out to be true (with definite change in camera details), that could put the OnePlus 3 at a stronger position against the Xiaomi Mi 5, LeEco Le 2 Max and slew of other options.

The OnePlus 3 India launch is slated for 15 June until then it is still a guessing game.