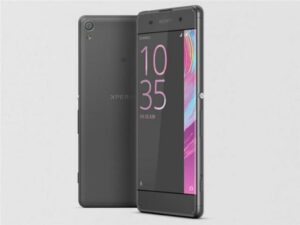 Sony’s next variant in the latest X series is the Xperia XA. Sony has chosen a, not so common,  bar-shaped symmetric design for the XA. To put it in their own words – Designed to fit your hand. Destined to capture your life – most probably referring to the relatively good cameras for its price range.

The Xperia XA is in the same category as the likes of the Motorola Moto X Play but by what Sony has to offer, it’s more likely to compete with the Xiaomi Redmi Note 3.

The octa-core Helio P10 processor doesn’t fill us with confidence but hopefully things are better this time around.

The 5-inch 720 pixels display may not be the best, but it sure is sharp enough for its size. Yes, we do agree that a 1080 pixels display is warranted these days but Sony has never fallen into the spec-trap before, and seems like it doesn’t intend to now either. The curved screen does give it an “edge” over the competition though.

However, you do not get a fingerprint scanner on the XA which, as per Sony, is not really wanted by the generic consumer. Instead the brand has focused on the looks of the phone. It’s hard not to like the way the Xperia XA looks and feels, but is that enough for hardware-hungry buyers these days?

You get a 13-megapixel camera at the back but they still managed to fit an 8-megapixel on the front. The detail in the images clicked by the Xperia XA are decent but a closer look at the phone will help us give you the verdict.

The 13-megapixel camera on the Xperia XA.

The phone is available with dual-SIM phone and16GB storage, expandable up to 200GB, ideal for the power users. You get Xperia UI running over Android 6.0 Marshmallow which is slick and a joy to use. But then again, the amount of apps pre-installed just doesn’t make for good reading.

The 2300mAh battery with Sony’s claimed battery features should suffice for up to two days usage, according to Sony.

Is there a hidden quantum code that rules the Stock Market?