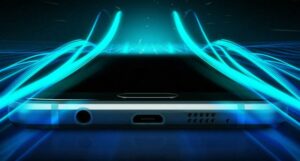 We’re almost about to complete the first half of 2016 and this clearly means that there is a new list of Android smartphones that are all set to hit the market. The Huawei Mate 8 and honor 5X started off in the month of January, later on which were followed by Samsung’s S7 and S7 Edge and the LG G5 which were launched at the Mobile World Congress. But don’t you seem to be confused about which one to buy among such a wide array of choices? Do you prefer a pocket-sized phone which offers you plethora of features or a phablet-sized phone which sticks to the basic Android features? Well, whichever kind you love, once you take a look at the Android headlines on the best smartphones that are going to hit the market in 2016, you will definitely find one that fits your choice. Here are some that you may check out.

Hence, those are some of the high-end devices which you’re looking forward to right now but the list doesn’t stop there. There will be more names added to this list. Make sure you go through the reviews of the gadgets before buying them so that you can make a smart buying decision.