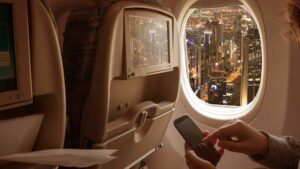 Fancy a device that’s dubbed as the “Rolls-Royce of smartphones” and will set you back by nearly $10,000 ? The “most advanced mobile device with highest privacy settings” is not being built in the US or China but in a quiet corner in Israel.

Called “Solarin,” the high-end smartphone is set to be rolled out May-end by Sirin Labs, a Tel Aviv-based startup that recently raised $72 million to make what it bills as the “Rolls-Royce of smartphones”, technology website venturebeat.com reported.

According to Sirin Labs, it was to “create the most advanced mobile device that combined the highest privacy settings, operated faster than any other phone, built with the best materials from around the world.”

The company’s first smartphone may be launched at a dedicated retail store in London – “the natural home of the Sirin Labs’ customer,” according to the company.

According to media reports, the pricey Solarin has a dual-core 1.7GHz processor along with 1GB of RAM and 64GB of internal storage.

According to Sirin Labs, its high-end device will first go on sale on its e-commerce site and the firm plans to open additional retail stores across Europe, North America and Asia soon.

The Inside Story of Meryl Streep’s Tragic Love & Loss

BMW Is Redefining The Future. Prepare To Get Blown Away!