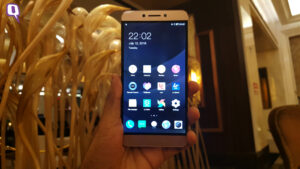 LeEco from China has big plans for the International market. The company doesn’t particularly specialise in smartphones, but their repertoire of Le smartphones launched earlier this week implies that the brand will give Xiaomi and Lenovo some tough competition.

The Le 2, Le 2 Pro and Le Max 2 are the devices which will be making their way to the market in the coming months. As highlighted by the LeEco, their approach could help them chart higher up the mobile segment.

The looks department of the new LeEco range is a blast from their 2015 past, and there’s nothing wrong with that. The phones have been built with design precision and look pricier than they seem .

LeEco smartphones have got suave looks.

You also get the first set of phones to be powered by Mediatek’s ten-core processor with 3GB RAM and 32GB storage. The Le 2 Max has been upgraded to a 5.7-inch (Xiaomi Mi Note Pro & Samsung Galaxy Note 5 come to mind) form size with a 2K display.

These LeEco phones do get 5.5-inch display size as well, however, they don’t feel big or bulky.

LeEco Le 1s and Le 2 compared at the back.

The cameras have been bumped up as well. There’s a 16-megapixel snapper on the Le 2 while the Le 2 Pro and Le Max get a 21-megapixel shooter at the back. For a “budget” device, it’s hard not to like what’s on offer here.

However, the size of the camera sensor results in a protruding camera unit at the back of the phones which is never a good thing to have.

LeEco has gone one step further this year with an improved focus on the audio quality of the phones, with Hi-Fi like built-in features. This helps the phone to offer audio output at a higher resolution, and deeper bass as well.

The bumped up 21-megapixel camera results in some unwieldy protrusion.

The phones have been launched in the Chinese market for now, but as per the company, one can expect the Le 2, Le 2 Pro and the Le Max 2 to reach other markets in the coming months. And these will be priced as competitively as it can get.

Volkswagen to Buy Back, Fix Cars Hit by Emissions Scandal