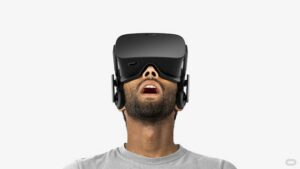 Recent reports suggest that the Oculus Rift is all set to be shipped apparently and it is perhaps the most well-known Virtual Reality headsets that are doing the rounds in the US. The Rift is designed by Oculus, which is owned by Facebook and has been the topic of discussion among a lot of people now. And it is high time that we get to know whether this VR headset is worth the wait. HTC’s Vive and the Gear VR will join the Rift in 2016 and not only that, Microsoft’s HoloLens is all set to beat the competition in this heating VR industry. VR headsets in general will see a huge growth from 2016 to 2017 and it will mainly be driven by hardcore smartphone users and gamers.

Facebook claims that VR is the future of the country and this is why Mark bought Oculus Rift way back in 2014. The current platform is undoubtedly mobile and we’re gradually moving forward to the platforms of tomorrow, as per Mark Zuckerberg, the founder of Facebook. He also claims that Oculus has the power to create the best social platform that was ever created, change the way people work, communicate and play.

Oculus Rift – A look into the device

The Oculus Rift comprises of a VR headset, a sensor, a remote and a controller. Forget about any kind of conventional console box as you have to wear this onto your head. It rather acts as a pair of goggles through which you immediately immerse yourself in a 360 degree virtual reality experience. It is through the controller and the sensor that you interact with the apps and games which you play. The Oculus Rift supports both standing and seated experience and boasts of a sleek design and upgraded ergonomics.

Release date and price of this VR extravagance

If you’re eagerly waiting for the Oculus Rift, there’s good news for you as you can now pre-order the device now. The price of this device in the US is $599 along with shipping charges and tax. In the UK, its 500 pounds and you get the headset, an Xbox One controller, the Oculus sensor, a remote and 2 games.

What exactly do you require to use the Oculus Rift?

By now you must be wondering how the Rift works. Well you have to plug it into the USB port of your PC and it will track the movements of your head through the external as well as built-in sensors. The minimum specifications which you might need are a 2.4 GHz quad core CPU, a 64 GD hard disk drive, an AMD 4870 or an Nvidia 9800 graphics card with 1GB of dedicated RAM for each. In spite of the fact that Oculus comes with Xbox Controller, you will still need a Windows 10 PC.

What is it like to wear the Oculus Rift over your head?

The VR headset of the Rift is sleek, elegant and stylish piece of black brick which you wear on your face. Well, you might not look good wearing it but the experience that you gain will definitely be worth it. Wearing it is a little bit tricky as getting the right fit at the first time might be a bit tough. If you wear it too loose, light passes in through the gaps and you have a sort of connection of the outside world. However, some might find it distracting. Unless you position it properly on your face, the focus on VR will be totally off. Hence, you should wear it a bit tight so as to gain the best experience.

So, if you’re a gadget freak and want to read reviews about tech, gadgets and various other topics you can check the best reviews of the latest products in the market, and you surely don’t want to miss out the one on the Rift. Have an enriching experience by being aware of the gadgets that are hitting the market so that you can get your hands on those that you need.