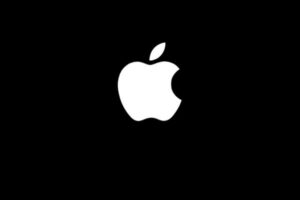 Tim Cook has been pretty clear of late that the future of the PC is much more like the iPad Pro than it is the MacBook Air.  In fact, personally, he appears to have made the switch and, I think, he is making a mistake common with CEOs.  He is viewing the Mac user base as basically the same as he is and he really doesn’t need much more than light word processing, some calendar function (his secretary likely does the heavy lifting), and email.

The new MacBooks seem to be stripped down but slightly updated versions of their predecessors that fail to excite where the only big advances came from Intel’s admittedly strong Skylake platform and a new gold option.   So effectively Apple is turning the Mac into a cash cow, minimal expense and development maximum margins.  And this strategy appears to be triggered by the success of Microsoft Surface.  As a coincidence was on the phone with a large government technology consultant, b-dconsulting, and while they indicated they were seeing no uplift for Microsoft phones yet they indicated Surface tablets were displacing iPads at an incredible pace and the government never really liked Macs.

But this reminded me of a very similar strategy by Novell.  They saw a trend to replace their Netware products with real servers and turned that line into a cash cow in order to push SuperNOS.   The only problem was that Windows NT was far more mature at the time and the market didn’t wait for SuperNOS to mature it just switched and Novell went under.

Let’s talk about this.

Apple’s increasingly large problem is they are becoming a one product company.  If you look at their financials the firm is basically the iPhone company.   Both Tabletsand PCs are in decline though, it should be noted, that while many of us thought tablets would replace PCs, right now, true tablets like the iPad are in sharper decline than PCs are.  One of the PCs that seems to be doing particularly well is the Surface Tablet by Microsoft which seems to address the promise of the original iPad, that it could be used instead of a PC, better.   The iPad Pro was created to address this problem and, at least for iPad users, it has been well received however the broader market which is still largely Windows still appears to favor a Windows solution.

Add to this that there is a lot of pressure on iPhones with Google upping their efforts to displace that platform with an impressive VR push and to top this all off he is seeing his margins erode as he is forced to move down market with products like the iPhone SE.   And while Apple watches are leading that segment, that segment still pretty much sucks.  He needs to find a way to revitalize the company otherwise it is likely Apple’s board will see him as the problem to fix.  He’d have a lot of company, every Apple CEO but Jobs has eventually been in this same exact position and they’ve pretty much all panicked and done foolish things.

In this case it may be repeating Novell’s mistake.

If Surface is the benchmark than what the market wants is basically a tablet with PC functionality that will run their business apps and full Microsoft office.  The only segment currently looking like it will accept something less is education and it apparently has chosen the more laptop like Chromebooks.   This doesn’t mean it won’t eventually accept something that is more tablet like but, right now, we don’t have a tablet in the iPad class powerful enough to replace a full laptop.   Now that isn’t to say that some, like Cook, who are light users can’t make this move nor that they won’t, it’s just that this isn’t likely all of Apple’s users.  Apple historically has been preferred over other platforms for folks that work in graphics (pictures, graphic arts, even video) all of which are very processor intensive.  In many ways an historic hard core Mac user and a typical workstation user often have more in common than a typical productivity user.  For that audience the iPad Pro simply isn’t ready and, if they get the sense that Apple is abandoning them, they are more likely to move to something else because their jobs may depend on it.

I think Apple is pivoting prematurely and that pulling back from the Mac platform to double down on iPads when the tablet market is collapsing is a bad bet.  But we’ll see, Apple has been right a lot (though, to be fair, mostly when Steve Jobs was running the company) and their move may prove to be prophetic.  Still I just don’t see the iPad Pro as ready to pick up the Mac load as good as it is and for folks that need PC performance they are likely to reconsider Windows PCs and not Macs if they feel abandoned.   And, while it does look like Apple pulled back on the Macs, the Skylake update is a strong one and switching is something no one wants to do.  So, short term, I expect Mac users to mostly ride this out.  But the clock is ticking and if the iPad doesn’t get a lot better fast and Apple continues to turn Macs into cash cows the Windows market is likely to benefit and that would be a huge early Christmas present for Microsoft.

I’ve been doing this a long time and it fascinates me how often the same mistakes seem to come around again, often with the same company.  I think this is a repeat.  We’ll see.

Leica is going to pimp your Smartphone Cameras

6 Things You MUST Consider When Renovating Your Home