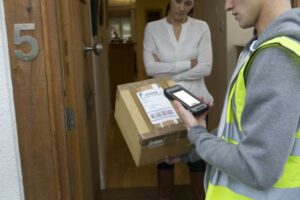 I’m not talking about a phone that is super intelligent, that’s coming in a decade or so, but one that is super like Superman is super.  I’m talking invulnerability, able to be tossed over a building, and even a form of super vision.  You see this week Panasonic launched the FZ series of phones and these phones are designed to be used by Superheroes, well the closest thing we have to them in the real world anyway, I’m talking military, first responders, and those poor abused technicians that have to respond to calls come rain, snow, or Texas heat.   While the FZ phones aren’t pretty, they are designed to work in the harshest conditions and these are the phones designed to be there when lives, or your job, are on the line.

These phones make me wonder if we prioritize the wrong thing with the phones we buy.   There has been an ongoing discussion with regard to laptops similar to this as well and it speaks to why folks bought Hummers and earlier Jeeps.  Some people prioritize things like long battery life, displays you can read outdoors, the ability to survive in the rain and snow and touch screens that work with heavy gloves.  Or how about with enough sound volume you can hear the phone in a noisy environment and people can understand you as well.   Why are these features just in military spec phones?   Why don’t we demand them in the phones we use?

From a processor and radio standpoint these use the standard Qualcomm package with quad cores and a wealth of frequency support as you’d expect from an international phones.  But then it gets interesting.  While most phones would freak if they got caught in the rain these will handle being submerged for up to 30 minutes.  While most phones would likely break if you dropped them from 3’ onto a hard surface these will take 2,000 drops from that height and are drop tested to 6’.   Battery life on most phones for regular use often falls short of 8 hours, these will do 14 with standard batteries or 28 with extended batteries and were you to leave your phone screen active it’d be lucky to last for 4 hours, and these will do 7 to 14 depending on battery size.  That’s 7 to 14 hours with everything turned on including the high nit screen.

You work in a shop, at an airport, or just surrounded by kids?   This phone puts out 100 dB, that’s as loud as a snowmobile or motorcycle, and it has intelligent noise cancellation so folks can hear you as well.   And it has a bar code scanner, granted not something on my short list of features, but for those doing field repair, inventory, retail, healthcare, or warehousing this feature is critical and it is mounted unlike virtually every other device so it can be used while you are looking at the phone display.   That sounds like it should be table stakes but, nope, only Panasonic in their class does this.

If this isn’t a phone either Superman or Batman (I’m guessing more Batman because it isn’t yet bulletproof) would use I don’t know what is.  But I wonder if we are missing out on not demanding some of these features in our own phones?  Wouldn’t it be great if we could use our phones in bright sunlight, where it is noisy, and not have a heart attack if we dropped one?  I have no personal use for the Bar Code scanner but all day battery life on top of an invulnerable phone that I could get behind.  Well, until they make one for the average user the Panasonic FZ-N1 (Android) and FZ-F1 (Windows 10) phones will likely be what the folks trying to save your life are carrying.  That should make us all sleep a little easier.

5 ways to finance your startup

Smart cars, what can you expect for 2020