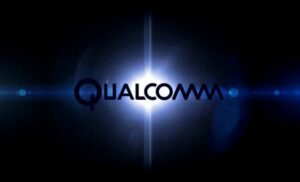 But what does this mean in terms of what you can do?  Now be aware that this generally won’t show up in phones until second half of this year and you have to think this will be a core capability, given the timing, of the new iPhone 7.

You can stream a high quality image and sound from a media event like a concert.   This will get more interesting as we move from flat images to VR and need the extra bandwidth to allow us to move around in this streamed VR environment.   But we are talking about 360 high resolution video that can effectively put you in the event with a VR headset for your Smartphone.

As fast as you take pictures or video those images can be transferred to cloud storage.  Effectively this makes your phone storage, as long as you have signal and access to a fast enough network, unlimited.  As fast as you can create the image or movie it can be moved to the cloud.  This could be particularly useful if you are being attacked or mugged because taking and breaking your phone won’t prevent the image from being stored and potentially distributed.  You might not survive but the record of the attack will which should make folks less likely to attack you in the first place.

One of the obvious uses for this bandwidth is the ability to do high quality video conferencing.   Actually I think this will most likely enable far stronger telepresence where a doctor, tech, or mechanic can use their tablet or phone to collaborate with a remote expert to solve a critical problem.  Or you can imagine being able to share a class or a vacation with a remote friend that can’t be there but can, with the use of their VR headset, feel like they are right there with you.

This is something that hits me where I live as I download movies from Amazon when I’m flying and often don’t have enough time between planes to get the movie done.  With this speed you’ll be able to download high quality movies in moments so that you have something to take your mind off discomfort and annoyances of modern air travel.  I travel a lot and this one feature would be enough for me to buy a phone or tablet with this capability.

On top of the speed this modem is being delivered with a multiple antenna architecture so that not only will you get a far faster speed you’ll get far better connectivity.  No antenna problems with this design.   Overall though we are talking about a class of Smartphones, Tablets, and even cars (which often use this technology for in car Wi-Fi) that will have speeds in line with what a fast home wired network can provide today.   You’ll be able to do more, faster, and more reliably than ever before and if, as I expect, this shows up in the top phones in the second half of the year you’ll be motivated to retire your old phone and pick up one of these powerful devices.

I’m a car guy and this reminds me of the experience you get when you bolt on a supercharger on your engine.  This kind of performance boost applied to a car makes you feel like you bolted on a rocket, the same kind of experience will be coming to you in a phone without the feeling that your stomach has exited your body and flown out the back of the vehicle.

This is a huge jump so hang in there till the second half as what is coming should be amazing.

Apple vs. The FBI: Why Apple Is Screwed