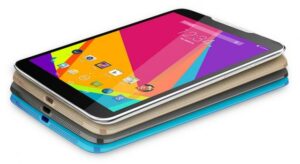 I get to see a lot of statistics at the end of the year and one of the interesting ones is the collapse of the Tablet market.  What makes this interesting is that it wasn’t too long ago that folks were convinced that the PC was dead and that tablets would replace them.  Then PC sales stabilized and Tablet sales dropped like a rock and folks started thinking that maybe PCs were taking out tablets and that 2-in-1s were the new all in one.   But, in both cases, this seemed more due to the fact that PC replacement cycles just lengthened and then stabilized and the reasons to buy a new tablet fell off a cliff, old tablets worked just fine and people spent their money elsewhere.

However phones have been getting bigger and it looks like many of the folks who have iPhone 6+ series phones and phones in that class are increasingly leaving their tablets at home.   With 5” phones growing to 6” and the realization that what was too big 4 years ago is too small for many today I thought I’d try a 7” phone to see if I could live with it.

I picked up a Blue Studio 7.0 II on Amazon unlocked for $120 and I was surprised how good this phone was.  Granted it won’t set any performance benchmarks but then went on a trip with it leaving my regular tablets at home.  Now I mostly use a tablet for reading, light email, some document review, and casual games.   For the most part this phone was surprisingly good in all 4 roles and while it clearly under performed in games the larger display was better than my phone for most things.

Now holding this up to your head does look kind of funny when taking or making calls but I often use the hands free system in my car or a Bluetooth headset and using the latter became a much more critical option with the larger phone.  But I could more easily talk and browse the web or review a document with this large phone than I could with a smaller phone or juggling a phone and a tablet.

The 7” phone did fit in my shirt or jacket pocket but I wouldn’t even try it in my pants for fear of breaking the phone.  Still it was at least as portable as a smaller phone in these pockets and I did have fun telling people it was the iPhone 7 (for 7”) prototype which, of course, it wasn’t.   But, in terms of getting attention, this phone did that.

Shortcomings are it didn’t support LTE so it is slow on the web compared to an LTE phone, the camera isn’t anything great, and screen resolution is low but realize this is a sub $120 phone and, for the money, it really is a smoking deal.  But, were I to live off this phone myself, I’d look for something more powerful.  For many, this likely would be better than any alternative in this price range.  They have a Qualcomm Snapdragon based LTE phone for just shy of $200 and I think the price difference is worth the extra capabilities (faster, better camera etc.).

What If You Put A Phone In A Laptop?

This got me thinking about how big is too big.  With Tablets like the Surface Pro and iPad Pro moving in on the laptop space with cell phone like battery life and the fact I was mostly using hands free tech to make calls anyway I think there is a chance we could see a Smartphone PC in our futures.  Granted it likely would work with a Smartwatch to control the call and to provide an alternative to the unsuccessful holding the PC to your head solution (you could knock yourself out).

But, instead of an $800 Smartphone, a $500 tablet, and a $1,200 PC maybe a PC Smartwatch combination for about half this total cost would be far more attractive.  I actually think that is where we are likely to eventually go though, I expect, it will take the better part of a decade to get there and someone has to build the solution first.

Currently only Lenovo and possibly Samsung have the product breadth for a PC/Smartwatch converged solution but I’ll bet others are looking at this as well.

Wrapping Up:  Bigger Is Better

Overall, what I found, was that bigger is in fact better and that a 7” phone was a viable alternative and, if I were buying one for a child or an older adult, one of these phones at less than $120 would sure be tempting even if it didn’t run iOS.   Keep an eye on this space because I’ll bet we aren’t done growing these things and while near term big phones will only cannibalize tablets, long term, they could move on to PCs.

Two Marvel Characters Who Need Some Love and Attention