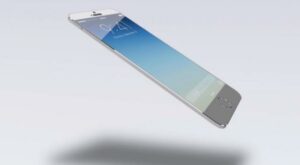 Users on the Chinese social media site Weibo, are reporting that prototypes of next year’s iPhone already exist. The new Apple flagship is rumored to have water and dust-proof features, similar to Sony’s Xperia X5 or Samsung’s Galaxy S6 active. There is a chance that Apple might use their filed patents for “Methods for shielding electronic components from moisture”, which would involve coating sensitive components with an hydrophobic solution and sealing solder leads with silicone.

Weibo users also mention that Apple is moving away from metal cases and will be using a new material, not specifying what the new material could be. Other rumors have it that the next generation iPhone will have a completely flat LCD screen, it is not clear if they are only referring to its shape or if it will be a new generation LCD.

There is still a long way to go before Apple introduces its next generation handset to the world. We can look forward to a whole year full of rumors and leaks.

NVIDIA Gets Serious With Shield And GeForce Now