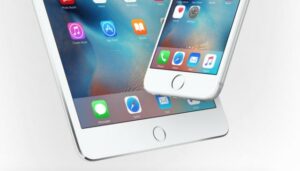 Every new OS has it’s fans and haters and the new Apple iOS 9 is no different. There are different reasons why many users prefer keeping their old operating systems,  either they don’t like change, want to wait and see if the change is worth it or do not want to stress their hardware with a more demanding system. Unlike other systems, Apple doesn’t leave you  much choice, even if you manage to ignore the persistent notifications, at some time something will not be compatible with your present OS, forcing you to upgrade. And should you change your mind and want to downgrade again, the chances are you won’t be able to.

User problems started with the very first step, “slide to upgrade”, trying to upgrade to iOS 9 caused some devices to lock up completely. After not being able to ignore the issue any longer, Apple issued a warning, instead of a fix, telling users that the only workaround  was to restore their devices from iTunes.

The problems continued with data loss, wifi problems, unresponsive touchscreens and now users of the older models 4S, 5 and 5S are complaining that their phones have slowed down, voicing their dismay in the official discussion forums. Bloggers all over the net have taken a closer look at the issue, comparing phone performances with or without the upgrade, discovering that the start up, camera performance and launching or switching between apps is slower.

One can expect an older phone to run slower with new software, but  Apple produces hardware and software, making it an easy task to adjust any new software to the few compatible handsets.

Why we want to nuke the Martians