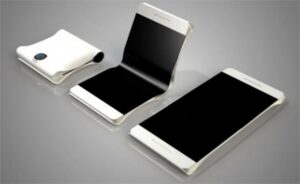 According to leaks on the Chinese social media site, Weibo, Samsung is already testing smart phones with a bendable screen. Reportedly the Korean company is testing with either a Snapdragon 620 or, their new Snapdragon 820 chipset. Other hardware features include a micro Sd card slot and 3 GB Ram.

Samsung officials had announced, at the beginning of the year, that they are working on a  flip-phone with a foldable screen. With the recent reports coming in from China, it seems probable that the first foldable telephone could be released as soon as January 2016. There are no confirmed details of how the phones could work, just rumors and speculations.

Microsoft and Philips have been working on flexible screens in the past but they have delivered nothing more than concepts.

With customers wanting larger screens, a foldable device would be the ideal solution for a portable hybrid phone-tablet.

If the rumors should turn true, that would give Samsung an enormous advantage over its arch rival, Apple.

A home appliance that can count calories for you