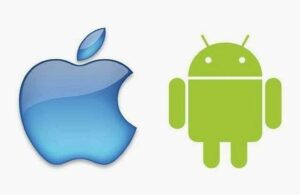 I was reading an interesting article by Ron Offringa on the DroidLife site titled “Why is Android Still the Second Platform Developers Work On?”

It’s a pretty well written article and brings up some interesting points (and spurred tons of interesting comments).

Ron’s first point states that limited resources may be one of the factors pushing developers to work on iOS apps first and then, if they can, push out an Android app at a later date. I suppose that this could be a factor for some smaller development houses but I wonder if availability of top-notch Android programmers might also be a factor.

I also think this may be a case of trying to kill two birds with one stone – or in this instance, trying to develop for two platforms with one development team. Companies that I’ve worked for quickly realized that they needed two separate teams (or at least two separate experts). iOS developers can’t or don’t want to work on Android apps and vice versa. Programming for either platform takes a fair amount of expertise and there just aren’t that many skilled programmers out there who can develop for both platforms at the same time.

Ron also interviewed a number of developers who said that it is just plain easier to develop for iOS devices since the SDKs and tools work as they are supposed to, the hardware is consistent and things tend to work better from one device to the other. Android development, on the other hand is a mess with hundreds of different platforms running all sorts of variations of the OS with extra crap and bloatware (particularly on Samsung devices) that can trip you up at every turn. It would be virtually impossible to test an Android app on every possible device out there.

While that may be true, it certainly hasn’t stopped people from developing tens of thousands of Android apps. Of course maybe that’s why so many Android apps don’t work on all devices.

Ron didn’t mention this in the article but a number of readers commented that it actually may be the other way round. That developers sometimes choose to develop iOS versions first because the iOS tools are more complex and Apple’s approval process is so much more difficult that they would rather get over the hardest hurdle first. If they can get their app running and approved for sale in the App Store then the Android version should be a piece of cake.

The second point Ron makes is that it may be easier to make money on an iOS app than on an Android app. The general idea is that iPhone users are more willing to pay for apps while Android phone users want everything for free. Again, I’m not so sure about this logic although I suspect that most Android users chose that platform because, well, most Android devices are cheaper than most iOS devices. If people start out making their decisions based on costs then that attitude may carry over into how much they are willing to pay for apps.

I also believe that the preponderance of mediocre to downright dreadful apps in the Android world makes people more suspicious about all apps and therefore less willing to shell out significant money for anything.

The idea that Apple-centric people are willing to blindly spend money on anything that comes out of Cupertino is also not entirely believable. I do think, however that if someone can afford to buy an iOS device then they are more likely to be able to afford to pay for apps.

There are lots of interesting points in the article and in the comments so you might want to check it out.

Given Google’s Evil: What If Search Was a Government Service or A Regulated Utility?