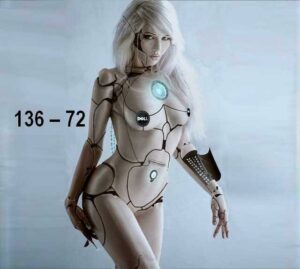 Here it is again kids. My weekly bit of NFL ramblings with the somewhat tenuous technology connection being that Microsoft’s artificial intelligence-based Cortana has been picking games all season long.

Not that she cares one way or the other (at least I suspect that AIs don’t care about anything one way or the other) but she slipped up just a shade this past week and only picked 9 of the 16 games correctly. Vegas picked 10 correctly and I made a bit of a comeback by somehow picking 11 out of 16 correctly.

I missed on the Dallas/Chicago game but picked the Giants over the Titans. I also picked Baltimore over Miami (which seemed like a no-brainer) while Cortana and Vegas went with the fish (go figure). And I picked Arizona over KC (so did Vegas) while Cortana went with the Chiefs – it was a close one but I suppose that game could have gone either way.

So is this bit of diversion more important than protests over police killings, our broken political system or the CIA torturing…um…‘enhanced interrogation’ of prisoners? Of course not. I just couldn’t think of a good tech excuse for writing about those things (and I’d probably just get myself in trouble if I expressed my real opinions on those topics).

Best to stay out of those debates and stick to IoT, smart watches and speculation about why tablet sales are slowing.

Men in Black and Jump Street Crossover Movie in the Works

Amazon vs. Sears: Why I Don’t Recommend Sears This Season