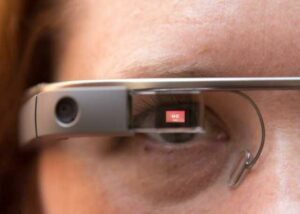 A new study conducted by researchers at University of California, San Francisco published in the Journal of the American Medical Association found that wearing Google Glass can partially obstruct your peripheral vision and create blind spots. A follow up study is expected to be released soon that found wearing Oculus Rift VR headsets renders the user virtually blind.

Another study from the University of Central Florida recently found that Google’s high-tech eyewear is a clear distraction to drivers.

However, a study conducted by students at South Cleveland Community College discovered that the reverse is also true. The study, “Negative impacts on trying to operate Google Glass devices while driving,” found that driving can significantly interfere with the normal operation of Google Glass.

“It’s remarkable how much of a distraction driving can be when trying to operate Google Glass,” said Harmon Fredricks one of the participants in the study. “Even trying to perform the simplest tasks like taking pictures or searching the web can be significantly more difficult when you are distracted by road signs, oncoming traffic or paying attention to speed limits.”

“Driving at high speed definitely had a negative impact on a user’s ability to use Google Glass,” said Fredricks. “But surprisingly we also found that trying to perform even low speed maneuvers like parallel parking were also a distraction.”

The study found that Googlers were able to perform a pre-defined set of tasks with the fewest errors when driving on relatively straight roads with little traffic but performance decreased when trying to navigate twisty roads, making turns at high speed or during heavy commute times.

“Operating Google Glass while a car is in cruise control seemed to help somewhat, but users found that they still had to devote a portion of their attention to the road instead of operating the glasses.

“I’m afraid that until we have Google cars that will drive themselves Google Glass users will just have to be extra careful when trying to use the devices while driving or they may accidentally end up capturing video of traffic lights and pedestrians rather than the pretty sunset or passing scenery.”

A related study from the Worchester Massachusetts Institute of Social Engineering recently discovered similar Google Glass distraction problems with other activities. “We discovered a disturbing rise in users making Google Glass errors while wearing their devices in theaters. Apparently movies can also be a distraction, particularly movies with lots of action or gratuitous nudity,” the report stated. “And for some reason Googlers made a significant number of errors while being punched in the face for wearing their devices in restaurants or bars.”

The Magic of EMC