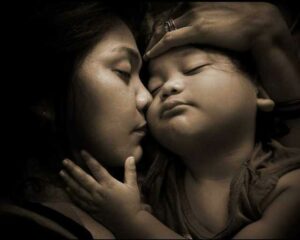 High-tech companies in Silicon Valley have been publishing employee diversity statistics for a while now and it’s not terribly surprising that the majority of the engineers are men. This is a complicated issue that won’t be resolved with a few corporate mandates or awareness seminars. Now it may not make much difference if the person developing your next messaging app is a man or a woman, but beyond bringing more women and minorities into the work force there is another area of technology where women in particular are being left behind – health and fitness trackers.

I saw mention of an article that asked the question ‘why don’t health and fitness gadgets track menstrual cycles?’ and I thought that’s a very good question.

Women have known for years that basal body temperature (BBT) readings can help track ovulation if measured over time. Starting on the first day of menstruation a woman’s BBT, the lowest body temperature usually occurring during sleep, begins to drop roughly two degrees over the next 10 to 12 days. Between days 14 and 18 a woman’s BBT begins to rise, usually an indication of ovulation. If pregnancy does not occur then BBTs will usually decline again marking the beginning of another menstruation cycle.

If pregnancy does occur, BBTs continue to remain high throughout the first trimester of pregnancy.

One of the problems in using BBTs, either to facilitate or to try to avoid pregnancy, is that the only way women have had to measure their BBTs was with a standard oral thermometer, measuring temperatures immediately after they wake each morning and keeping track over the month with a simple chart. But since body temperatures usually begin to rise the moment we wake up these readings can be inaccurate and BBT readings are very sensitive to breaks in the regular sleep-rhythm.

Fitness and health trackers can already monitor sleep rhythms and should be able to measure BBTs quite accurately since those readings can be taken prior to waking.

The technology is already built into many of the devices that are on the market today and should be included in most devices such as the Apple Watch slated to come out early next year.

It would be trivial to implement, yet extremely valuable for women everywhere if someone were to create an app that would measure and track BBTs.

Of course, there are some technological problems that would need to be solved. Not every woman would be willing to wear a bulky smart watch when they sleep, and if battery life is limited to less than a day then the device would need to be charged each night before going to bed, rather than charging while we sleep. But there should be ways to work around these issues.

And tracking BBTs are not the only women-centric functions that could be built into these devices. There are many other chemical, hormonal and physiological differences between men and women and device makers need to address women’s health and fitness needs based on these very real, measurable differences.

Hopefully someone is already working on this and if not then perhaps there really is a problem when 90 percent of your engineers are men and they simply didn’t think about women’s needs when designing these products.