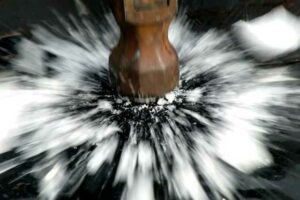 There have been so many stories about the new iPhones and the Apple Watch that it would be nearly impossible to read them all, but there have been a surprising number of issues that have surfaced over the past week that have a lot of anti-Apple folks chuckling.

We can start with the guy in Australia who was the first in line at a local Apple Store and bought the very first iPhone down under. The press were all crowding around him asking him to show it off. He took it out of the box, held it up for the cameras to see and then promptly dropped it on the sidewalk. So much for that $850 Australian dollars.

Next we started hearing rumors that the Wi-Fi wasn’t all that great and was actually slower than an iPhone 5S. Quite a few people have written about this, although to be fair, I haven’t seen any laboratory tests done yet.

Then it was battery life. Apple claimed that the iPhone 6 should provide up to 10 hours of Internet use and the iPhone 6 Plus should get up to 12 hours. However, according to an article on Tomsguide, if you turn off Wi-Fi, Bluetooth, notifications and GPS then an iPhone 6 actually gets 7 hours and 27 minutes of Internet use and an iPhone 6 Plus will get ten hours (the Galaxy S5 only got 9 hours and 42 minutes on the same test, so score one for the Apple faithful I guess).

Both of these problems seem to be plaguing people that installed the new iOS 8 on older Apple devices, but sorry folks, there’s no way to go back to iOS 7. And another problem for users of older devices is the fact that iOS 8 takes up way more space on their devices and some people were having to delete pictures, videos and apps just to get it to fit.

Just today there were reports that Facebook, Dropbox and other apps were 67 percent more likely to crash on iOS 8 than on iOS 7. (Dropbox has already released a patch for iOS 8.)

Then Apple had to delay the rollout of its fitness-tracking software, HealthKit, after the company discovered problems.

And there was that whole U2 free album that was supposed to be a good thing. On the day of the iPhones launch, U2’s album “Songs of Innocence” magically appeared in every single iTunes user’s accounts marked as ‘purchased’ whether they wanted it or not.

Users who chose to download any new purchases to their iPhone automatically got the new U2 album downloaded to their phone too. But even if iTunes users don’t choose automatic downloads, “Songs of Innocence” will still be displayed as an “iTunes in the Cloud” purchase, and that means it will still be shown as part of your music library, even if you delete all the tracks. The only way to make the U2 album go away is to go to your Mac or PC and hide all of your “iTunes in the Cloud” purchases, or to use iTunes to manually hide each track from your purchased items list. But it is still there.

Apparently not everyone is a U2 fan and a lot of people complained about having Bono forced upon their phones. In fact, so many people complained that Apple posted a page on their website explaining how people could remove (or at least hide) the album from the devices.

Today there have been numerous stories about people stuffing their brand new oversized iPhones into their pockets, sitting down and then finding their new phablets aren’t quite as durable as they thought. It seems that a lot of people have already bent their precious new toys and they are barely a week old. Granted, a lot of the stories pointed out that you can bend just about any metal-framed phone by sitting on it.

Finally, some jokester posted a story that claimed you could charge your new iPhone faster if you popped it into a microwave oven for a minute or two. Now anyone with half a brain ought to know that’s just plain stupid, but apparently there are a number of not-so-bright iPhone users out there who have tried to nuke their pretty new iPhones and ended up turning their pieces of Apple’s latest and greatest technology into burnt, melted puddles of plastic, metal and misery. Then again, perhaps the videos were hoaxes too.

So for Apple haters there has been plenty to chuckle about this past week. I’m sure we’ll be hearing more stories like these in the coming weeks.