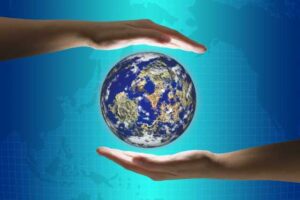 For a change no one is claiming that Apple invented any of these technologies (that will probably come later). Instead they are saying that even though Apple didn’t invent these things Apple is big enough or clever enough or cool enough to breathe life into these markets where no one else has been able to.

Everyone knows that there are already dozens of smart watches on the market – some better, some worse than the others – but none of them have exactly revolutionized the smart watch market. Millions upon millions of people aren’t rushing out to buy them. But a few people are.

It’s a market that is just getting started and there are bound to be a fair number of fits and starts as it begins to pick up steam.

Samsung has already begun to run ads on TV saying that the new iPhone 6 Plus looks a lot like their Galaxy Note series of oversized smartphones that they have been shipping for years now. It’s hard to say that simply putting an Apple logo on a phablet will be enough to entice everyone in the world to trade in their old, small-screen devices for something that won’t fit in most people’s pockets.

As far as Apple Pay and their near field payment scheme goes, I’ve read stories that say this is going to revolutionize the entire banking industry. Now that Apple has decided to enter the market with their version of this technology banks are going to be forced to follow along in spite of the fact that NFC hasn’t exactly exploded since it was introduced nearly a dozen years ago (the first phone to feature NFC was the Nokia 6131 that shipped in 2006).

Personally I don’t think these industries are just fumbling around waiting for Apple to step in and say ‘okay people. Here’s how to do this the right way.’

Ironically, at the same time Apple was making their new product announcements they were quietly discontinuing the iPod Classic MP3 music player. Many people say that even though Apple didn’t invent that technology either, they were the first company to come out with a device that looked good, was easy to use and finally made sense. And the introduction of the iPod was the catalyst that sparked an entire industry.

Maybe that’s true. Then again, maybe it would have happened anyway. And some people say that it wasn’t the iPod device, it was the iTunes store that revolutionized that market. And it could just have been a matter of being in the right place, at the right time, with the right product. Whatever the reason, I don’t think phablets, smart watches or NFC payments are going to be the same as the MP3 player market. And simply because Apple comes out with their versions of these technologies doesn’t mean they can jumpstart or revolutionize any of these markets.

A Revamped GTA V Is Coming This November