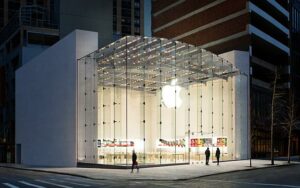 Samsung and Apple are at war and up till a few months ago Samsung was winning.   But Apple’s numbers this last quarter were far better than Samsung’s indicating that Apple is currently kicking Samsung’s butt.  This week Samsung fired an impressive number of shots with a variety of products two of which, the Galaxy Note 4 and Galaxy Note Edge fall clearly where Apple is rumored to be putting their new flagship iPhone in the 5.5” space (Apple is expected to launch two phones, one with a 4.7” screen and one with a 5.5” screen).   However they’ve given Apple nearly a week to craft a response to these products and that is a long time for a firm that is known for creative marketing.  I think Samsung may have made a tactical error.  Let me explain.

We call phones over 5” Phablets for good reason, they are as much tablet as they are phone and consumers generally see bigger things as better things.  Having used phones in this class for some time I’m convinced once most folks in Apple’s older demographic see the advantages in a big screen they’ll think they died and went to heaven.  Web pages lay out better, text is far more legible, and both games and movies are far more fun to watch and play.

Going big is natural for Samsung but up till now Apple has been arguing that their smaller phone is more useful because it is easier to operate one handed.  This was actually a differentiating feature in Apple buyers’ minds and bringing out a larger phone after Samsung will help validate the large size.   They made this same move to an already established size with the iPad Mini and that didn’t go that well.

Of the phones the Galaxy Note Edge is the more interesting but the market has tried multiple display products before and while they can pull a lot of ink in reviews users just haven’t found the idea of multiple displays interesting.  I think this is largely because there are few useful apps that use the second display and the idea of building an app for one expensive low volume phone isn’t exciting developers at the moment.  These guys need to make money and if Samsung wants this idea to go they’ll need to fund compelling apps.   They’ve indicated these apps will be available in a few months when the phone launches but I’ve heard this before and have little confidence they’ll show up this time.   Without the apps Apple can point to the screen and suggest that it is as useful as a third leg or second nose.

The Galaxy Note 4 is far more practical and likely will be far more popular but it will be overshadowed by the Edge which will be seen as the more exclusive and unique product.    People often buy new phones for status and Edge and 4 will be at cross purposes in this regard because the second edge screen looks much more cutting edge than the standard Note 4 display.   One advantage it has though is the VR headset option which initially will sell for around $200 (or about $200 higher than it should have been priced).  With this option you can better watch steamy movies or play VR games though for this last there has been a real issue finding a control system folks like to use with VR headsets (you can’t see your hands and you won’t be able to use the phone because it is floating before your eyes).   I figure getting a controller folks will likely to use with the headset on will be an interesting problem for Samsung to solve.

Wrapping Up:  How Apple Beats Samsung: By Channeling Steve Jobs

If Apple keeps to their normal script and focuses on keeping their message simple and on the elegance of their product they should win this exchange.   Samsung’s offerings, while compelling, aren’t complete (they need the apps for the Edge and Note 4 VR) and they are conflicting (the VR feature works on one phone the edge display on the other) forcing customers to choose between their two flagship features.

Apple’s only choice should be on screen size and that is a matter of taste you shouldn’t have to give anything up other than size if you pick either of their new phones.    Put differently regardless of your choice on the Apple phones you’ll feel good about your choice.  But with Samsung if you pick the Edge and the apps don’t show up, or you pick the VR feature and folks think you look stupid wearing the VR eye gear (a ton more dorky than Google Glass), or you find you picked the wrong Samsung phone you’ll be embarrassed, and who wants to buy a high end phone with that kind of risk?

Had Samsung launched these products on the 8th Apple would have likely looked a day late and a dollar short but in the next week folks will starting thinking through the Samsung offerings to see their shortcomings and Apple can rewrite their launch to accentuate those disadvantages.   Jobs certainly would have done this.  One if the reasons this is Tim Cook’s most important launches is because he now gets to demonstrate whether he learned how to fight this kind of fight from Steve Jobs.   We’ll see.

Apple says iCloud not broken, that’s why they fixed it