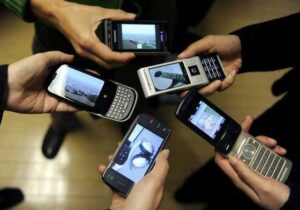 According to a new study from comScore, the majority of Americans’ digital media consumption now comes from mobile applications, rather than the desktop or mobile web surfing.

In line with the relatively recent boom of mobile devices, such as smartphones and tablets, 52 percent of time spent on digital media now comes from mobile apps. The trend continues with a 60-40 split favouring mobile usage as a whole, rather than desktop-based digital media consumption.

Furthermore, apps now account for seven of every eight minutes of media consumption on mobile devices.

The report goes on to include several interesting stats regarding the most popular apps and how users’ interact with them. As you might expect, Facebook comes top of the pile, ranking first for both audience size and time spent amongst each demographic segment. The other top brands aren’t that surprising either, with Google, Apple, Yahoo and Amazon all featuring.

To delve a bit deeper, the report states that 75 percent of time is spent within an individual user’s top four apps, with a staggering 42 percent of time spent in the single most used app.

In terms of downloads, the average smartphone user apparently downloads three apps per month, with over a third going for at least one per month. There’s no chance of them going to waste either, as more than half of respondents said that they use apps every single day.

So, although recent reports have expressed concern for the future of the app industry, people are obviously not ready to give them up just yet. ‘appy days.

So exactly how do you build spyware into your apps?

The truth about apps: users are rich