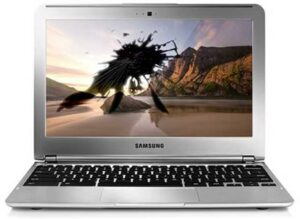 A new $200 laptop from HP was recently shown to Microsoft Partners in July and the specs are starting to emerge.

A few months ago Microsoft was hinting that they were working on a new stripped-down version of Windows that could be used in low-cost laptops with specifications similar to Google Chromebooks. The notebooks would come pre-installed with Internet Explorer as well as Bing search by default, but the main restriction was that the devices it was created for had to be inexpensive.

Apparently HP heard the call and soon will be shipping the HP Stream with specifications similar to their existing 14” Chromebook. It will come with a budget AMD processor, the same 1366 x 768 resolution screen, 802.11 a/b/g/n Wi-Fi, Bluetooth, 2GB of RAM and an SD card slot. The devices will come with 32 and 64GB options and Microsoft will throw in 100GB of OneDrive space, matching Google’s 100GB of Google Drive storage.

The devices aren’t going to replace any full-blown notebooks or Surface devices in terms of power, but they should be a bit quieter (there’s no fan inside) and probably boast longer battery life.

The bottom line, however, is that they should be able to run most Microsoft software instead of Chromebook’s limited pool of apps.

I think the HP Stream could be the answer to the question that many people have been asking – namely ‘where can I get a cheap, lightweight notebook that can run real Microsoft applications?’

I admit that when Chromebooks first hit the market I was almost tempted to pick one up just for banging around on the back porch or to take on trips. But then I discovered that there weren’t any serious word processors available and that pretty much ended my search right then and there. If a $200 HP Stream had been available back then I probably would have snatched it up in a heartbeat.

Perhaps I’ll pick up an HP Stream when they start shipping…whenever that might be.