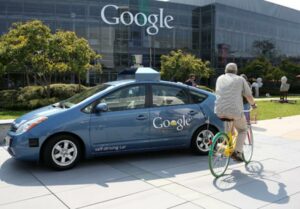 Google’s self-driving cars have taken the world by storm, but the project’s lead software engineer has now revealed that the vehicles have been programmed with the ability to exceed road speed limits by up to 10mph.

Dmitri Dolgov told Reuters that if vehicles surrounding Google’s self-driving car were breaking the speed limit, going more slowly could actually be more dangerous than going fast. As such, if it detects such speeds the Google car will accelerate to keep up with those around it.

While the UK has pencilled in 2015 as the year driverless cars will be allowed on public roads, across the pond in the US driverless prototypes are already being tested,

Google’s automated car division was first announced in 2010, and since then driverless vehicles have rolled out across more than 300,000 miles of open road – mostly in California.

Until recently, Google’s technology has been implemented in cars designed by other manufacturers. However, in May the tech behemoth announced that it would begin building its own self-driving cars in the form of bubble-shaped vehicles.

These cars can seat two people and will ferry them to their destination via electric propulsion. The idea was that they would initially be limited to a 25mph speed limit, though clearly this is more flexible than previously thought.

The news comes in the same week that the UK government announced self-driving “convoys” of lorries could be tested out on British roads as soon as next year. Connected by Wi-Fi, the idea is that large chains of lorries will be driven by a single driver at the front of the pack that controls each vehicle’s acceleration, breaking and steering.

HP Stream could be a Chromebook killer

"Data scientists aren’t quite unicorns, but they’re close": How to avoid a big data nightmare