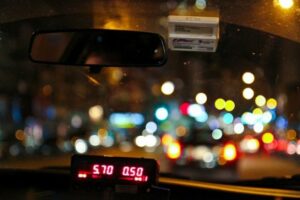 Regulated limo and cab services in the gambling capital of the world can now be e-hailed with Ride Genie, an app that sticks in the craw of Uber, apparently.

Uber wants to get into Nevada but it seems like it may have missed the boat. Not that Uber, or its competitor Lyft, haven’t had the chance, but Sin City has some pretty strict regulations for limos and taxis so, it doesn’t quite fit in with their model for now.

In steps local company Integrity Vehicle Solutions, a technology company spun off from Nevada’s largest transportation company, Frias Transportation. Frias operates a fleet of over 1,000 taxis and limousines so, it knows a little bit about the business and the regulations of the local market.

Integrity has launched an app on both Android and iOS called Ride Genie that the company expects to be used by 80% of the limousine fleet in Southern Nevada, presumably because its parent company owns most of them. Cabs, too.

The creation of the app is, in no small part, a miracle because it has brought together competing cab and limo companies who agreed to work together on the system despite their competitive nature.

Customers download Ride Genie, register and provide their payment information. The app e-hails the nearest available vehicle which sounds a high-pitched whistle in the cab itself to say that someone is hailing it.

If the driver doesn’t accept the e-hail, the app finds the next nearest available car and so on. Once a driver accepts a fair, the system directs the driver to the customer and then there is the usual ebilling, and driver feedback familiar to anyone who has somthing like Taxi Magic or Uber, for that matter.

Unfortunately, right now, there is a universal tariff charge of $5 added to each fare for the service. However, the Nevada Transportation Authority is holding meetings to here tariff requests and Integrity is hoping that the public will take part so that they can give their feedback on the service.

Uber has, apparently, made statements such as, “This is not innovation — it’s the same old model of hidden fees, long wait times and unreliable service dressed up under the guise of technology,” according to the Las Vegas Review-Journal, but let’s be honest, Uber may be more Las Vegas, old school gangster than it leads us to believe.

The fact of the matter is that, regulated car services have local relationships with authorities and apart from filling local government coffers, they do have to address the issue of liability  and minimum service levels, too.

In cities, especially a place like Las Vegas, regulation is also meant to control the market for cabbies and limo drivers so that it doesn’t become a feeding frenzy of competition. There is a barrier to market entry for drivers for a very good reason.

Ride Genie expects to be available in more cities across the US but maybe there’ll be other Ride Genies being built by local companies, shutting out Uber and Lyft in many markets.

Apple bans harmful chemicals from use in iPhone manufacturing

Tech weirdness over the years (Part 2)