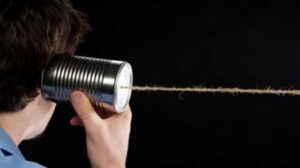 Microsoft has just announced they will be shipping a new Nokia handset for $25, but it won’t include Internet access, or a camera or a keyboard or…

The Nokia 130 is targeted for sale in Africa, the Middle East and parts of Europe and comes in single- or dual-SIM configurations. It boasts some old-tech features like a 1.8-inch LCD display, an FM radio and a flashlight. The closest thing to modern is an old-school MP3 player and video playback. It can store up to 46 hours of music and 16 hours of video. Music and videos can be stored locally on the device with an SD card (the phone itself can store up to 32 GB).

According to the official Nokia 130 webpage it doesn’t have a camera or WiFi support (it does have Bluetooth and USB file sharing) but for productivity it includes a calculator and an alarm clock and it does support MP3 ringtones.

The site also says that the device supports text messaging, but since there is no keyboard or touchscreen it’s hard to imagine people in Africa using the 130 for texting like an American high school teen.

Other than that, it’s pretty much just an old fashioned cell phone, without a pull out antenna or clamshell design.

Now I’ve got nothing against inexpensive devices with limited functionality, but I wonder if Microsoft was cleaning out the Nokia warehouses and discovered a few thousand cases of old phones that somebody (wisely) decided weren’t worth shipping. But rather than dumping them in a landfill somewhere they decided they could unload them in third-world markets.

Stalking your favorite celeb just got easier with SNIPP3T