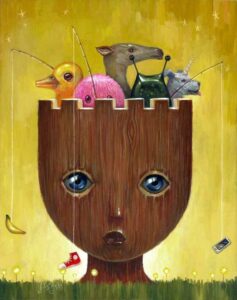 Deprecated: implode(): Passing glue string after array is deprecated. Swap the parameters in /var/www/tgdaily.com/wp-content/plugins/cp-link-nofollow/includes/CP_LNF_Post_Type.php on line 172

Moore’s law is the observation that computing power will double roughly every two years. The law is named after Gordon E. Moore, co-founder of Intel Corporation.

Gordon was talking specifically about the increase in computing power. Roughly, the same observation holds true in social media proliferation.

According to a new eMarketer report, “Worldwide Social Network Users: 2013 Forecast and Comparative Estimates,” nearly one in four people worldwide used social networks in 2013. By 2017, the global social network audience will total 2.55 billion.

In the November 7, 2011 edition of the New York Law Journal it was reported that New York courts have been steadily applying an increasing liberal standard for discovery of an individual’s social media information. Especially true in cases involving personal injury or medical malpractice claims, liberal standards of discovery are being applied in all manners of court cases.

The New York State Supreme Court in the county determined the requested information was both material and necessary to the defense. The court ruled that information in the public portions of the plaintiff’s social network sites held material which was at odds with the information she provided during deposition.

One court held the position that it wouldn’t allow the defendants to pursue what it called a “fishing expedition.” The judge ruled that there was nothing on the plaintiff’s public Facebook page that would lead someone to assume her private Facebook pages would contain damaging information.

What the defendants were missing in their attempt to review the plaintiff’s private Facebook page was “factual predicate.” In other words, since the plaintiff hadn’t tipped her hand in public, the defendant couldn’t go fishing in waters where they may — or may not — find the answers they were seeking.

The judge ruled that the mere existence of a Facebook account doesn’t necessarily mean all aspects can be retrieved in discovery.

Several courts have determined that even though certain content on a person’s social media site might be readily seen by the public, the Federal Rules don’t automatically approve a request to rifle through the person’s pages which may not be accessible to the public. The courts have consistently required a “…threshold showing the requested information is reasonably expected to lead to the discovery of admissible evidence.”

The idea is relatively new and hasn’t always been followed by the courts. Despite its omnipresence, Facebook’s world-wide reach ends at the courtroom door.

In the face of a lack of published opinions, some judges struggle in determining when and how to force social media discovery. Despite this, the current trend is to require the requesting party to give a threshold showing relevant material, require them to independently sort it out and avoid a direct subpoena to Facebook.

Arkady Bukh, a veteran New York attorney and an active follower of technology in law and forensics, says that social media discovery requests can turn up unexpected and extraordinary things. For years, divorce lawyers have taken advantage of people’s inclination to post the kind of evidence that would make a judge’s law drop. Information beyond photographs can be found. Electronically stored information can provide metadata about the time and (IP) address from which information was uploaded, information that could be salvation for one side in litigation and apocalyptic for the other.

Other courts have simply quashed a request for social media-related discovery because of a failure to show relevance.

In this case, the plaintiff was seeking damages due to various gender discrimination-based claims. The defendants tried to compel far reaching discovery from the plaintiff’s social media accounts and requested “…all documents concerning, relating to, reflecting…” the plaintiff’s use of social media sites. The US District Court for the Eastern District of New York turned down the request, saying, “…there is no specificity to the requests.”

Social media presents a new format for the exchange of information but probably will not drastically alter the rules of discovery. Fast gaining on its counterparts in paper and email, many judges are no longer puzzled by the idea of social media. However, case law around social media discovery remains mostly unpublished and relatively few cases have reached the appellate level.

Discovery issues will continue to arise with more frequency in state and federal courts. While the courts struggle through the implications of discovery issues regarding social media, litigants need to be cognizant of the fact that even though social media is generally discoverable, courts are demanding that the discovery requests be specific as the question of relevance is reviewed.

The best approach to the issue is the same for any potential field of discoverable information: ask, hope you receive and be skeptical.

eBay goes down for 10th worldwide collapse in a year