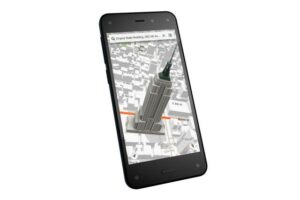 But, he may be stretching himself a little thin these days because, he has put his company everywhere and they are up against some very powerful competition.

With the Amazon Fire Phone, Bezos is going up against Apple, Google, Samsung and any number of consumer electronics companies. That’s what you would assume, but the reviews of the phone imply that he may be just seeding the market and putting the company’s toes in the waters to see how things go.

To be fair to Amazon, they are taking on Google and Microsoft on cloud computing with AWS and kicking butt so, it is really hard to believe that the company’s long game is anything but well thought out.

So, it seems, reading through the mass of Fire Phone reviews that this phone has potential. It isn’t quite realized with this first edition, but it has potential. Like its neighbor, Microsoft, Amazon may just be working towards version 3 when things really take off. Come to think of it, it usually takes a Starbucks barista about 3 tries to make a decent decaf double mocha Frappucinno with caramel and whipped cream so, maybe it is just a Seattle thing.

So, here’s what you need to know about the Fire Phone:

There you have it: everyone got on top of the main features that Bezos promoted at launch and cried, “Hold on a minute there, bud, this isn’t exactly what I expected.” Version 3. We have to wait for Version 3.

The Fire Phone should be understood as an extension of the Amazon digital ecosystem. It’s a thing you use to buy and consume Amazon music, video, and books. In that way it’s no different from an iPhone, which is a consumption device for content from Apple’s ecosystem. And, yes, the phone does seem to want to build shopping into every experience it can, but to call it just a “shopping phone” is missing the point.

Digging into the innards of the phone didn’t necessarily make for a pleasant experience for the boffins at iFixit:

We had high hopes that Amazon built a solid, repairable Fire Phone. It began with a similar opening procedure to the current crop of iPhones, but with welcome Torx T3 screws instead of Pentalobes. However, all of the fancy tech we found inside made for a veritable mess of cables, connectors, and glue.

Meanwhile, one reviewer seems more angry than critical with Amazon:

Amazon has spent so much money on the Fire phone, it’s incredibly incredible how downright horrible it is. The project was almost forced to release years ago, and I just can’t comprehend what device we would be talking about if that had actually happened.

The Street, perhaps echoing the sentiments of the money people who are sanguine on Amazon’s business performance these days, is not impressed:

The Fire phone is an OK-at-best attempt at Amazon’s entry into the smartphone market, and consumers should wait until the second or third generation to consider purchasing the phone.

But, let’s leave the last word with the New York Times, the venerable institute of journalistic integrity, presumably with no axe to grind and unbiased through and through.

In general, the NYT reviewer knows that this is a product that is more of a first effort than a standout product in the market, echoing similar sentiments to other reviewers across the Internet, but he is willing to be a lot more understanding:

In the Fire Phone, Amazon has built a really nice, solid, plain white house. You’ll love living in it, if you can ignore all the purple.