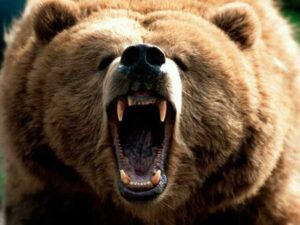 Tensions are rising between the United States and Russia over the downing of passenger jet MH-17 over Donetsk in Eastern Ukraine on Thursday. As the US responds to the crisis with a fresh round of economic sanctions targeting the Russian banking and energy industries, Russia has responded with sanctions of its own – against US tech companies.

Russia’s state Duma – the lower house of its federal legislature – is currently drafting a bill that everyone expects it will pass. The bill orders Russian government agencies and both state-owned and businesses in which the state has a partial stake, to give domestic firms “preference” over foreign computer software and hardware from the US, Europe, or Asia.

While it will be some time after the bill passes before the full impact of the measure becomes clear, the measure seems designed to reduce Russian dependence on foreign technology, just as Europe is attempting to reduce its dependence on Russian petrochemicals in the wake of the recent political crisis.

According to data released by Russia’s parliamentary commission for strategic information systems, most Russian industries are hooked on Western information technology. Retailers in Putin’s Russia are estimated to be 90 per cent dependent on Western technology, compared with 60 per cent for government agencies.

Hewlett Packard is the Western company that appears to be doing the most business with the Russian government, with $2.2 billion of its $3.4 billion in 2013 Russian revenue coming from public and state-controlled entities.

Microsoft will also be hit hard. Its SQL Server, Office, Windows, and Windows Phone products are widely used in Russia, and are expected to be affected by the wide-ranging new legislation. According to some sources, Microsoft’s Nokia Devices unit is also the top smartphone maker in Russia, making this one of its most crucial sales regions.

However, the Russian legislature also cited security concerns, over the ongoing revelations of NSA spying released by whistleblower Edward Snowden in June of last year.

On Tuesday, Putin also signed into law a bill banning the storage of Russians’ personal data – from credit card numbers to e-mails – on servers outside Russia beginning September 1, 2016.

Barack Obama on Thursday announced the increasing sanctions on Russian industry, hitting oil and gas giants Novatek and Rosneft, as well as the investment wing of gas giant Gazprom, Gazprombank.

The ITProPortal team visited Russia’s Skolkovo startup village, nicknamed “Kremlin Valley” back in June. Take a read of what we found in the Russian tech scene.

California gov steps into the cloud