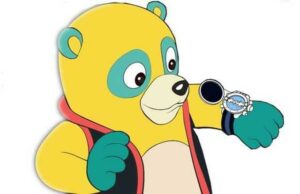 It surfaced yesterday (with all attendant fanfare) that Apple filed for a patent some three years ago for an ‘electronic wristband’ it called the iTime.

Apple fan sites (and quite a few other sites) posted stories about the patent and included all sorts of illustrations filed in the original patent. Many sites jumped to what would seem an obvious conclusion ‘this proves that Apple has plans to come out with some sort of smart watch.’

Okay, I guess, but the patent was filed three years ago and the patent office has just gotten around to granting Apple the rights to a “Wrist-worn electronic device and methods therefor” and an “invention [that] pertains to an electronic wristwatch.”

InformationWeek stated “The patent describes the possibility — Apple hasn’t confirmed any such device — of an electronic wristband that can accommodate and connect to a removable hardware module.”

So does this new patent substantiate the rumors that Apple really will ship an iTime (or iWatch or iWristband or iWhatever) device any time in the near future? Probably not, but they probably will.

Recent hirings of high-couture European watch making executives and more than a passing nod to smart homes and wearable fitness devices at their last developer conference also tend to indicate that Apple has something in the works.

Will whatever they come out with be based on this particular patent? Again, probably not. Technology has progressed significantly in the past three years and Apple has had the chance to study what’s been happening in the smart watch space to see what’s worked and what hasn’t.

But it was a slow tech news day so I suppose we can’t blame the websites who covered this story for grasping at any bit of information about what Apple might be doing. Heck, I just wrote a story about other people writing stories about…you get the idea.

I Know Where Your Cat Lives – even kitties aren’t safe

Skype on Fire – Amazon Fire that is