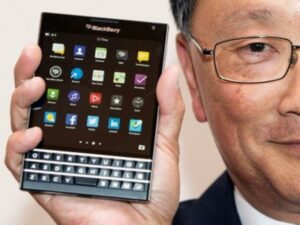 BlackBerry has announced that it will soon have its very own smartphone assistant in the vein of Apple’s famous Siri, Google Now and Windows Cortana.

The voice-controlled virtual helper will make its debut in the BlackBerry Passport, which is due to arrive in September.

BlackBerry Assistant, part of the 10.3 OS that comes with Passport, can search email and calendar appointments and the web, compose and send emails and create calendar entries.

BlackBerry has promised users that they will be “pleasantly surprised” by the new feature, with it designed to become more accurate the more you use it. It is not yet known if the assistant will have its own quirky little personality -something which draws many people to using Apple’s Siri.

BlackBerry Assistant will also come with full keyboard functionality, allowing you to type directly from your home screen and post tweets and send messages without opening a specific app.

With the use of BlackBerry Assistant, the company is hoping that it will be able to keep up with the top smartphone players of the pack and reignite its glory days, after falling somewhat behind in recent years.

The Passport phone itself has already been labelled Blackberry’s “strangest” idea, due to its square, almost tablet-like design.

However, we at ITProPortal are quite looking forward to finding out what it can do.