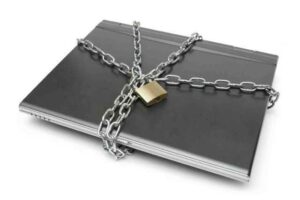 Intel has been working on a project that uses RFID technology to provision, track and monitor devices such as laptops, hospital equipment or other devices – the system could also be used as a kind of kill switch for devices that are either lost or stolen.

By embedding Impinj Monza RFID chips inside Intel SoC-powered devices, they can be tracked, provisioned, shipped, deployed, and monitored using industry standard RFID readers such as those developed by TSL. Burnside Digital developed the software called IPTrak that ties all these components together.

The key to the WCE system is the ability of the Intel SoC to read and write data to the Monza RFID chip. The Monza chip can also be read and written to using an external TSL RFID reader – even if the system is powered down. Data such as unique IDs, error logs, permissions, and device configuration (or any data for that matter) can be written to the Monza chip and then read back to the Intel processor the next time the device is powered up. Burnside Digital created custom Windows, iOS, and Android applications that can communicate with a TSL reader using Bluetooth technology. Those apps can also communicate with an AWS cloud-based database also created by Burnside Digital.

The WCE system offers some very powerful and unique features that go beyond typical RFID inventory tracking applications. One feature is the ability to disable a device prior to shipping and then only reactivating the device once it reaches its final destination. This would render a device useless if it were lost or stolen during shipment.

While the WCE system is still just a concept project it’s an interesting idea that could have broader applications.

You can find the complete Burnside Digital blog post here.

Surface Pro 3: Approaching the Perfect Balance of Laptop and Tablet