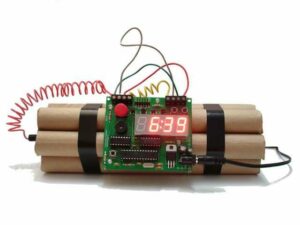 Both Microsoft and Google have announced that they will be adding a kill switch feature to their next generation smartphones. The move really is a ‘no brainer’ since it makes sense and the laws are coming anyway.

Apple implemented kill switches in iPhones last September and according to NY attorney general Eric Schneiderman, iPhone thefts have dropped by 19% in the first five months of 2014. The same is true in San Francisco and London where thefts fell 24% and 38% respectively.

“The statistics released today illustrate the stunning effectiveness of kill switches and the commitments of Google and Microsoft are giant steps toward consumer safety,” Schneiderman said.

The simplest solution for everyone is if the smartphone manufacturers just went ahead and implemented kill switches across the board on all their models (it’s not a terribly difficult or expensive proposition).

It’s a good idea and should have been implemented long ago. In fact there are many people out there who say they would like to take the concept further.

How about building in a feature that only lets someone call a ‘lost and found phone’ service number? If the original owner activates a lost phone signal to the device it would only allow calls to the lost and found. That way if you accidentally leave your phone somewhere and an honest citizen finds it, they can easily call the lost and found number and arrange to return the device.

Or how about kill switches for cars or other devices that are tempting targets for thieves.

Intel has been working on an experimental project with Impinj, TSL and Burnside Digital called the Wireless Credential Exchange (WCE) where Impinj RFID chips are embedded into devices like laptops. Using a TSL scanner linked back to a cloud-based database created by Burnside Digital, devices can be provisioned at the factory then deactivated prior to shipping. When the devices arrive at their destination they can be reactivated with another RFID scanner. The system also can be used to deactivate devices if scanners tied to the database detect a device being removed from a prescribed area. (You can read about the project at the Burnside Digital blog page here.)

Amazon’s Fire Phone 4 hits, a miss, and a wild card.