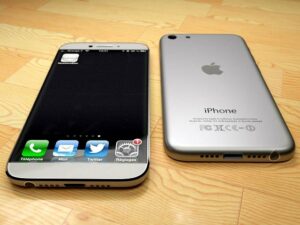 Rumours suggest that the next generation iPhone will be able to measure altitude and predict weather information with the inclusion of a barometer for the first time.

Information regarding the iPhone 6’s new features have been light on the ground so far, but if the latest suggestions are true, then there are a number of potential applications for the new sensor.

A barometer, which is already included on some Android devices, such as the Galaxy Nexus, could be used by hikers and mountain climbers to measure altitude or even indicate temperature and other weather features via air pressure data.

Current apps are in existence that measure altitude, but these utilise GPS and motion tracking data to determine a measurement, which is less accurate and slower than a barometer.

While altitude tracking will be the primary feature of the barometer, there is also the potential to determine upcoming weather by analysing air pressure, which could see the sensor being used by pilots or bike riders.

With the feature utilising iOS 8, it is also possible that the sensor will be incorporated into the latest iPads and iWatch, as well as the iPhone 6.

Apple has previously shown an interest in expanding the sensory applications of its devices, with the company adding a gyroscope to the iPhone back in 2010, while earlier rumours indicated that a new humidity sensor will also form part of the next iPhone release.