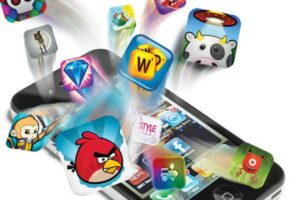 Mobile game revenue will grow by 38 per cent over the next two years as games developers change focus in order to tap into a market that is set to be worth some $28.9 billion.

“Under the new strategy, which brings mobile analytics to the fore, developers are increasing lifetime value through analysing, [re]engaging and monetising users, allowing for higher overall returns on investment,” read a release accompanying the report.

Tablet users are set to spend more on in-game purchases and generate more revenue per device than smartphone owners due to the enhanced performance and graphical capabilities the larger devices have. This means that consumers using traditional portable gaming devices are being persuaded to move over to tablets at a faster rate than before.

This being the case there will still be a “niche gaming audience” that, according to Juniper, will continue to buy gaming devices and services like PlayStation Now to help let the niche experience gaming across mobile devices.

There were various other findings published in the paper that include the fact that rising disposable income levels combined with high smartphone adoption will result in increased in-game purchasing levels in Latin America, Eastern Europe and Southeast Asia.

Over the two-year forecast period the report found that interactive entertainment will continue to place an emphasis on convenience, accessibility and online streaming. Plus it’s predicted that with app stores remaining the primary content discovery location, storefront optimisation will continue to play a key role in advertising apps.

With this in mind Google and Apple are already reportedly offering top-level game makers the chance to be prominently featured on the respective app stores as long as they hand over exclusivity rights for a certain period.

Will the iPhone 6 predict the weather? Could be.

Amazon’s Fire Phone 4 hits, a miss, and a wild card.