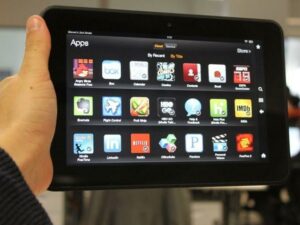 In a press release this morning Amazon announced that the Appstore now has over 240,000 apps and games, triple what it had last year. And, according to a new survey, Kindle Fire developers are seeing more revenues than on other platforms.

According to an Amazon press release:

The announcement and survey may be a bit self-serving and may have been timed to coincide with Amazon’s expected release of a new smartphone later this week. Amazon may be attempting to get people talking and thinking about developing for the new device. The press release spends a lot of space reminding developers that Amazon offers all kinds of tools and services to developers such as access to Amazon Web Services’ (AWS), Elastic Compute Cloud (EC2), Amazon Simple Storage Service (Amazon S3), and Amazon DynamoDB plus things like SNS Mobile Push, in-app purchasing, mobile adds, A/B testing, analytics and more.

I wonder if this renewed discussion about Kindle Fire development is an indication that their new smartphone might be closer to a Kindle Fire when it comes to developers than just another Android device.

How the BBC took advantage of Lean UX