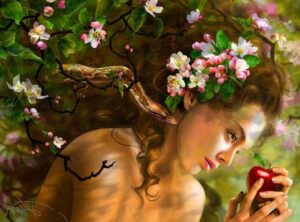 Apple has recently started rejecting games and perhaps some other apps that offer users incentives if they say nice things on Facebook or watch advertisements and they are definitely not happy about apps that promote other apps.

For the end users that’s not such a bad thing for a number of reasons.

First, having to break game play in order to send a social media message or watch an advertisement in order to advance more quickly or attain some reward is annoying and detracts from the gaming experience. Apple is big on trying to maintain a seamless, pleasant experience for their iPhone and iPad users.

Second, if an app promotes other apps (particularly if they can download and install those apps directly) they could open the door to apps circumventing Apple’s control of all apps by forcing users to only buy apps from the App Store’s – and Apple really hates giving up control of their ecosystem.

Both of these things are valid points and I don’t know anyone other than developers who will object to the new policies.

Whether Apple is doing these things for the benefit of its users or whether they are doing it in an effort to maintain their rigid control over any- and everything that runs on an Apple device is not clear.

The first point could be taken as an genuine effort to maintain a high standard in Apple apps and protect users from annoying practices that are beginning to creep into all sorts of applications.

The second point, however, smacks of a company trying to maintain a monopoly over all apps simply because they don’t want to share the profits. Apple takes a 30% cut on all app sales and, as they are so fond of saying every chance they get, people download lots and lots of apps from the App Store.

Statista reported last year that the cumulative number of apps downloaded from the Apple App Store from June 2008 to October 2013 had reached 60 billion downloads.

60 billion apps downloaded and Apple skimmed off 30% of all profits. That’s an awful lot of incentive for Apple to make damn sure no one tries to sell apps in a way that circumvents the App Store and they certainly never want to see someone coming out with an App Store competitor.

FashionTEQ wants to bring a little fashion to wearables

What Is The Best Trading Platform?