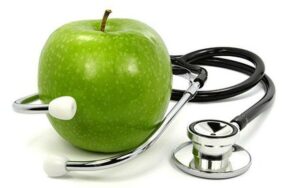 Last December Apple met with the FDA to get some clarification about what types of health apps and devices would or would not fall under FDA rules and regulations. It’s an interesting question that a lot of device makers are going to have to consider as more and more health-oriented wearables come to market.

When it comes to medical devices the FDA has a slew of rules and regulations. There are all sorts of things that are required to go through rigid clinical tests and trials, reports have to be filed and the FDA has the power to regulate, accept or reject medicines and medical devices.

In an interesting article on the imedicalapps.com website they speculate that when meeting with the FDA Apple wanted to make sure that they knew where the lines were drawn so that they would be prepared later on when they launched their HealthKit initiative. Once they knew the rules about what did or didn’t fall under the FDA’s domain they could either make sure they never crossed that line or be very careful when stepping over it.

In the article by Satish Misra, MD and Iltifat Husain, MD they pointed out that during the keynote address at Apple’s developer event last month some of the statements made brought up some questions.

In the example Apple gave in their keynote address — they explained how Healthkit would be able to get a blood pressure reading from a peripheral device, send it the native Health app, and if the reading was high, the patient’s doctor would be notified.  In this example, if its third-party software that is generating the “high” alert and Health/HealthKit are just transmitting that message, then Apple would most likely avoid FDA oversight. If, on the other hand, Apple’s software is just getting the number and recognizing it is high, then it would most likely fall into the category of clinical decision support where FDA oversight is just starting to be defined.

The doctors also point out that by meeting with the FDA Apple might not have been looking for tacit approval.

That is not to say that Apple is going after FDA clearance or approval. Far more likely is they are trying to define the line they need to avoid crossing to stay out of the FDA’s sights.

There are a few possibilities about how they could do that. They make take advantage of the MDDS rule issued by the FDA which basically says that IT systems that simply transmit – but do not interpret – many types of health information can be considered Class I devices. They would then only require general quality controls rather than any pre-market clearance or approval.

Alternatively, they may be waiting to see the approach ultimately taken by the FDA with regard to clinical decision support tools, like apps that interpret blood pressure readings. In the recent FDASIA Health IT report issued by the FDA with the ONC and FCC, these agencies indicated they would take a “risk-based” approach to deciding what to regulate. Where that line will fall is yet to be determined but perhaps Apple is betting that it will fall far north of anything Health and HealthKit will do.

Finally, they will likely be cautious to capture data that has dual purposes. That way, the intended use can be something non-healthcare. The software, then, that applies the data captured for healthcare purposes would be what falls under FDA purview.

You have to give Apple credit for checking into the legalities of health-oriented products and services before they began stocking the shelves with devices. I wonder how many other companies out there with health-related wearables, apps or services have checked with the FDA to see if they might be crossing some lines they shouldn’t be.

You can read the full imedicalapps.com story here.