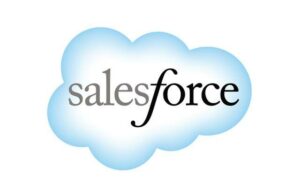 Salesforce, widely known for their CRM software, has decided to try getting into the wearable device developer space. No they aren’t coming out with their own devices, instead they are launching a new cloud service called Salesforce Wear. Salesforce1 developers will be able to create and store wearable apps in the Salesforce cloud.

The company has also launched a new Salesforce Wear Developer Pack, “empowering developers to kick-start their ability to connect companies with their customers through apps for wearables in entirely new ways.”

According to a Salseforce press release:

Until now, there has not been a trusted, enterprise cloud platform for businesses that want to embrace wearables. Developers who wanted to create business-focused wearable apps did not have access to an industry leading platform, reference applications and code, ecosystem support or customer data.

Now, the more than 1.5 million Salesforce1 developers can kick-start their ability to connect companies with their customers in entirely new ways through wearable apps. Enterprise developers can immediately access a growing library of devices, sample code, documentation, demonstrations and reference apps to learn from. With the new developer pack, it is easy for developers to kick start building and deploying build and deploy exciting new enterprise wearable apps, connecting companies and their customers like never before.

The Salesforce Wear initiative currently includes support for Android Wear, ARM, Fitbit, Google Glass, Pebble, Philips, Samsung and other devices to accelerate the adoption of wearables in the enterprise.

So everybody in the world is trying to wedge their way into the wearables market and they are all trying to put their own unique spin on their approaches. Some are trying to turn them into extensions of the smartphone, others see wearables as an extension of the search engine, some are fitness oriented and some are health oriented. Now Salesforce wants to make them extensions of the sales process.

The idea of establishing an agnostic, cloud-based clearing house for wearable device apps is a good one. With so many devices running so many operating systems and APIs it would be nice to be able to access and control multiple devices from one centralized location.

I’m just not sure that everything on earth should be used to help people sell us stuff.